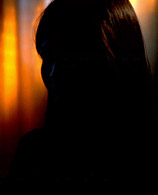 I have a t-shirt that says, “Ban Slavery” and some middle school aged kids on their bikes waiting at the corner for the light to change looked at my shirt and said, “There are no slaves in the world today! Are there?”

“Where are they?” they asked.

“On farms growing our vegetables, in sweat shops in Cambodia making our clothes, and here in the City being raped by men who pay their pimps by the hour!”

They rode off without a reply. I think I freaked ‘em out. Either that – and even worse than that – they downloaded what I’d said in a folder on their heart-drive in a place they never look. I have a few folders like that, full of stuff I either don’t care about or don’t want to think about.

Had the light afforded us more time I might’ve told those kids that people selling other people is the fastest growing criminal industry, generating $32 billion around the world annually. I would’ve said that after drugs and guns, trafficking in humans is the third most profitable international crime and that there are more than twice as many enslaved people in the world today than were abducted from Africa and brutalized during the entire 350 years of the Atlantic slave trade. I could’ve mentioned that the average age of a girl forced into prostitution in this country is 11 to 14, and some 9 years old! I might have mentioned that at any given time there are 50,000 predators prowling the Internet for children. I could’ve given them more factoids about human trafficking, but since factoids don’t usually lead to action, it’s just as well.

Recently, I gave a teaching in a church on “justice.” I confessed to them that I had come to the table so late on the biblical topic of social justice that the dessert was over and the dishes were already being loaded in the dishwasher. My own longstanding blind spot notwithstanding, I was disheartened by their response to my inquiry, “What are some examples of injustice in our society? Where do you see justice not being served and people treated unfairly?”

After quite a pause, much of which I attributed to the shock of being given the opportunity for actual interaction with the preacher on a Sunday morning, someone finally posited, “Bullying in school” Another after that ventured out with, “The tax system.” I broke in with, “Good, good, but I’m wondering if there are some violations of justice on a larger scale, and maybe even a little more damaging to souls and society?” Again, a painful pause, from which I rescued us all with, “How about things like trafficking in human beings for profit? Have you thought much about slave labor used to make our clothes, harvest our vegetables, or service the perverse desires of sexual predators?”

Evidently those were phrases and concepts to which they were unaccustomed to hearing in their Sunday morning worship service times. I could tell by the uncomfortable shifts that were being made in their pews and the shocked look on their faces. Again, I admitted to them that I hadn’t been as engaged as I should’ve been in understanding, teaching, and acting on the world’s injustices. Then I urged them to come to the table much more dispatch than me and then proceeded to teach them a little about the biblically ubiquitous theme of social justice.

For several years now I’ve been advocating for a shelter in the Bay Area for human trafficking survivors. “Freedom House” is comprised of two homes, one for adult women called The Monarch and the other called The Nest – get ready for this – for girls between 12 to 17-years old! They do specialized therapeutic aftercare for the females that were brutalized by traffickers and the rapists who rent them.

I’m getting ahead of myself. On behalf of Freedom House I’ve given talks and manned tables in churches, on college campuses, and most recently at a youth hostel in San Francisco. At the hostel I spoke to a middle school class of 12 to 14 year olds that travelled all the way from Portland, Oregon to be exposed to social justice causes. They were visiting places and people where justice is abused – and we have a ton of them n the City – and discussing how they might be corrected. This, by the way, isn’t even a Christian school, but one that cares enough to make the investment of time and money to learn about what’s going on in the world around them. I was impressed!

Speaking of impressed, I went to Santa Clara University where a justice-minded group of students posed a “27-hour Stand Up Against Slavery.” For every million labor, domestic, and sexual slaves in the world they took shifts over a weekend in their campus quad and literally stood behind tables, holding signs, and answering questions of passersby for 27 hours! From students surviving on Ramen and Red Bull they raised several hundred dollars for the cause of global abolitionism and for Freedom House in particular. I stood proudly with these remarkable kids for a couple hours and discussed with them and other students about the global stain of slavery and what can be done about it.

I was also impressed the day that hundreds of San Francisco Airport employees off the clock donned abolitionist t-shirts and staged a walk throughout the terminals carrying signs raising awareness and money for Freedom House. I stood with them while they raised $150,000!

At one of the events I shared on a panel along with advocates from other organizations that battle the buying and selling of human beings. I was impressed with the doctors and lawyers present who serve survivors. I was blessed by the professional therapists who give their time to counsel women and girls who’ve been shattered by years of unspeakable exploitation. I was blown way by the representatives from an Oakland organization called “MISSEY: Motivating, Inspiring, Supporting & Serving Sexually Exploited Youth” and other heroic saints of similar ilk.

He has shown you, O mortal, what is good. And what does the Lord require of you? To act justly and to love mercy and to walk humbly with your God. Micah 6:8

God isn’t reserving his “well done my good and faithful servants” just for those who held down their weekly beer consumption to below a six-pack, their swearing down to a minimum of “F Bombs,” and their church absences to once a month. Living Christianly is more than “keeping oneself from being polluted by the world.” It’s also about “looking after orphans and widows in their distress.” Holiness isn’t some abstract idea; it’s about loving God and our neighbors in practical ways.

Make no mistake about it, we all have “neighbors” who are exploited for somebody else’s profit and pleasure. God’s “Atta boys and girls” are reserved for those whose humble walk with God compels them to act justly and love mercy.

I recommend these primers on trafficking:

7 Replies to “Buying and selling humans?!”