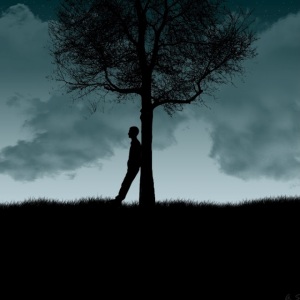 24 In those days Hezekiah became ill and was at the point of death. He prayed to the Lord, who answered him and gave him a miraculous sign. 25 But Hezekiah’s heart was proud and he did not respond to the kindness shown him; therefore the Lord’s wrath was on him and on Judah and Jerusalem. – – – – 31 But when envoys were sent by the rulers of Babylon to ask him about the miraculous sign that had occurred in the land, God left him to test him and to know everything that was in his heart.  2 Chronicles 32:24-25, 31

Hezekiah, one of my favorite Old Testament case studies, is no obscure figure. It might surprise you to know that there are seven whole chapters devoted to his story in three different books of the Bible (2 Chronicles 29-32; 2 Kings 18-20 and Isaiah 36-38) and his name is mentioned one hundred twenty-three times!

For the vast majority of his life Hezekiah served his nation as one of its most spiritually vibrant and reliable kings (2 Kings 18:3-8). He was an inspired leader that people followed as he followed Jehovah. He not only had a political zeal for the health of his own kingdom, but a genuine fervor for God’s kingdom. He tore down previously erected idols, instituted a revival of Davidic praise, and brought back the Passover celebration. At one point he contributed his own money to repair the temple and to care for the priests. He was the real deal.

Unfortunately good beginnings don’t always translate into good endings. After a stellar thirteen-year run, at thirty-nine, Hezekiah got a little too full of himself and his testimony began to unravel (2 Chronicles 32:25). Though he ran the bulk of his race with vigor, he bogged down when he began to smugly rest on his laurels.

God kills us to bless us…

In his waning years Hezekiah made a lot of bad choices, including when he begged God for an extension on his life contract, a healing of his fatal sickness. This may sound counterintuitive when I say that survival can be overrated and that praying for healing in his case might have actually been a negative thing, but stick with me.

None other than the prophet Isaiah had come to him with the news that he was to put his house in order because he was about to die. Hezekiah took the word seriously but instead of getting his affairs together, on the basis of his good track record, he begged the Lord for a reprieve. “Remember how I have walked before you faithfully and with wholehearted devotion and have done what is good in your eyes. And he wept bitterly.” It seems he felt entitled to a miracle from God for all he’d done for God thus far.

In the same way that he gave meat to the whining Jews in the wilderness, the Lord succumbed to Hezekiah’s pleas and granted him fifteen more years. It’s my opinion that miraculous healing and greater longevity, while usually one of God’s greatest gifts, a miracle that I’m presently enjoying myself, is not always God’s best for us. In Hezekiah’s case, he got a second chance but he mismanaged it. People often clutch at life here with ferocity and beg God for extra innings (so to speak). “If you’ll save me I’ll serve you…” I wonder how many of those prayers God has heard over the millennia? Instead of improving, Hezekiah seemed to devolve into pride and selfishness.

For instance, had he died earlier he would never have had his wicked son, Mannaseh, who grew up to become Israel’s most evil king. Had he expired when God initially told him he would, instead of Mannaseh, another son could’ve served as his successor and possibly saved the nation a lot of grief. But Mannaseh was so bad that Jeremiah said that if Moses and Samuel appeared from the dead they couldn’t have changed God’s mind about judging the nation due to the sins of that one evil king (Jeremiah 15:1)!

The writer of Hebrews says that some of the Old Testament faithful were actually “sawed in two” for their faith. Jewish tradition has it that Mannaseh, the evil son of Hezekiah, did just that to Isaiah the prophet. Sawed in half! Not only is this icky but it’s ironic that Mannaseh did this to Isaiah, who before Mannaseh was born, was the one who prophesied that his dad was about to die, and then brought him the message of reprieve that Hezekiah begged for. Mannaseh brutally murdered the man that told his father that he’d live long enough to have him!

Permit me to draw a New Testament parallel. Jesus said, “Anyone who loves their life will lose it, while anyone who hates their life in this world will keep it for eternal life.” How important is this world to us? When we hold on to this life with clenched fists we might well find ourselves fighting the Creator who gave us this life to begin with!

In regard to Hezekiah’s refusal to die, I repeat, had he died when God said he should, there would never have been a Manasseh. What we produce when we refuse to be crucified is never good. It will always bring about something less than real life that only supernatural resurrection can bring about. When we hold on to control of our lives instead of letting God bring the “old us” to the grave, the “new us” can never appear.

Bottom line? When God tells us to die, we should die!

Then there’s the matter of one of the Bible’s oddest statements that God “left (Hezekiah) to test him.” Stay tuned for my take on that…