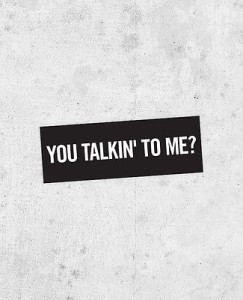 It will come as a surprise to you that I’ve been known to rant once in a while. I like to think that most of my rants are for good reason, especially if what I have to say is true – well, what I think is true. I have to admit that some rants of mine are – to coin a phrase – “preaching to the choir.” Sometimes I think I’m just looking for an “Amen” when I’m telling people what they already know and believe!

Now that I’ve presented myself sufficiently humble by confessing my own proclivity for the periodic unnecessary self-congratulating rant, I feel free to confess the sins of other preachy souls. I refer to those behind pulpits and podiums as well as those in front of microphones and keyboards whose ravings only strike a chord in those who already agree with them and who will shout a hearty “Amen!” if not donate a few bucks to their coffers.

This is one of the reasons I can’t spend much time listening to political talk radio (from either the left or the right) or to whip-‘em-up preachers whose only message is about how bad everyone but them and their audience is. They don’t seem to actually care to convince anyone of anything, but are lobbying for standing ovations for their rephrased sound-byte-laden abusive speeches about how stupid their detractors are. What they say and how they say it makes their fan-filled audience feel better about their moral and intellectual superiority to all those idiots who disagree with them. Everyone cheers for the argument that they all already agree with and the pundit or preacher, as the case may be, feels like a superstar! Preachers notorious for this kind of pulpit pounding make surly disciples and push not-yet-christians further away from Jesus.

With inflammatory verbiage they set aflame their artfully built straw men while the audience cheers, beats their chests, and reaches for their wallets. Their caricatures of their detractors assure their fans that everyone on the other side is on the wrong side. They sell their souls for loud “Amens.” Many modern preachers instead of opposing demons waste their powers of persuasion on demonizing opponents.

Some professional ranters make a good living off name-calling and labeling people from the other side of the fence they’ve built. They’re beloved by everyone inside the fence and anywhere from hated to ignored by everyone outside. The insiders amuse themselves by passing slogans back and forth that are demeaning to outsiders.

Their condescending clichés (especially those of the Christian variety) may well win sneers and chortles from their ideologically homogenous audiences but won’t win souls. “God created them Adam and Eve, not Adam and Steve!” “How stupid can the evolutionist be? My great great grandfather was no ape!” If we fail to snicker or scoff, those beside us will think we’re from the other side and we can’t have that.

When they speak in such ways, like a “Friends only” Facebook conversation, they’re only speaking to themselves, among themselves. High-fives all around, notwithstanding, if anyone with a different opinion happens to tune in, they won’t stay on the channel or in the pew for long. They’re smart enough to know that no one is trying to speak to them but about them. It’s not a conversation, but a condescending one-sided rant to bolster the bravado of the admired and their admirers. They recognize propaganda when they smell it, and preachy propagandizing seldom, if ever, convinces anyone to abandon one opinion for another.

The shock jock talk show host who holds the microphone and runs the hang up button never loses an argument. The candidate who shouts down his opponents with unfounded campaign slogans wins the “debate.” Preachers who spout truth, but in the most insulting ways, win ovations, but few converts.

OK, I’ve shown my hand, and I admit that I’ve ranted here about other ranters. Maybe I’ve proven that I’m no better than those who think they’re better than everyone who’s not in their club. “Search me and try me, Lord!” Without knowing my audience it’s hard to know if I’ve helped change someone’s mind or just ranted for applause. Maybe the difference between a good rant and a bad one is that one pokes people in the posterior and the other stabs them in the heart. I hope I’ve done more of the latter. Anyway, what’s the takeaway here?

Well, first off, my counsel to you is that you refuse to be impressed by condescending cliché-driven preachy talk when you hear it. Whether on your radio, in your pew, or at a bar with your peers, don’t let shallow and abusive talk win you over. You’re smarter than to be taken in by propagandizing or to support cheap-shot putdowns of “the other side” with your snickers. The humor of it is below you.

Lastly I urge you to refuse to engage in those underhanded tactics of persuasion yourself. Of course you have ideas that you wish everyone believed. For instance, most of  you want to influence people toward Jesus and his ways. So, listen to what you’re saying once in a while and see if you’re talking just to hear yourself talk, to impress others, or because you actually care enough to want people to believe what you believe. It’s true that we can’t convince people to come to Jesus but we do have the power to encourage them toward him by inviting them into conversations that are mutually respectful.

“Give an answer to everyone who asks you to give the reason for the hope that you have. But do this with gentleness and respect.”1 Peter 3:15