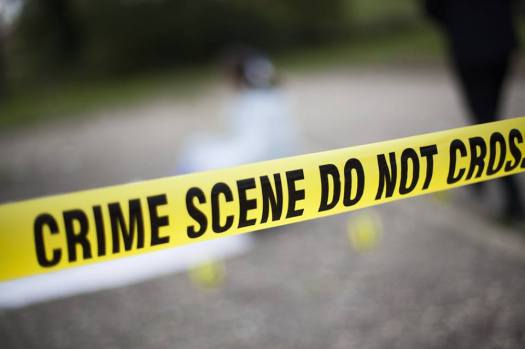 Violence solves no social problems; it merely creates new and more complicated ones. Through the vistas of time a voice still cries to every potential Peter, “Put up your sword!” The shores of history are white with the bleached bones of nations and communities that failed to follow this command. Martin Luther King Jr. on “Nonviolence and Racial Justice” 1957

I dubbed last week “Murderers’ Row” for all the murders we had in our country in a row between the police and African-Americans. The morning after the Dallas killings I woke up with my mind looping with God’s question to Cain, “Where is your brother?” Surely you’re familiar with the story about history’s first recorded homicide in which one brother killed the other and then tried to hide the evidence from God.

I get nervous whenever the Spirit starts asking me questions. I know that he knows the answers before I give them, so I suspect this is just one of his tricks to get me to admit something I don’t want to admit. And this particular question, “Where is your brother?” is no exception to that rule. God first asked it of Cain, then he asked me, and now I pass it on to you for your consideration. “Where is your brother?”

But since the conversation between killer Cain and the Lord is full of questions, let’s work up to it. God made a total of five inquiries in the narrative! In light of current events, let’s unpack each one.

His first question was a preemptive strike to avert a jealous brother’s disastrous mistake.

“Why are you angry?

It’s a healthy practice to admit we’re angry in the first place and to identify its root cause. We’re an angry country right now, and a lot of our anger is the right response to things that really matter. We might even experience “righteous anger” once in a while. Unrighteous anger never has a righteous outlet. But I’ve noticed that even righteous anger can be expressed unrighteously. For instance, we might be angry about an injustice and then take matters into our own hands and commit another injustice. James 1:20 says, “human anger does not produce the righteousness that God desires.” So, we’d be looking for something other than simply “human anger.”

Then, when God noticed something on Cain’s countenance he asked his second question…

“Why is your face downcast?”

It sounds to me like Cain couldn’t look God in the eye. He felt guilty. Duh, he hated his brother so much he was just about to murder him! Just like anger, guilt has its place, even a righteous place. But it’s only constructive guilt if we bring it to God for forgiveness and transformation. Ours is not a guilt-ridden religion, it’s the only way to get rid of our guilt!

Problem was, Cain preferred to get rid of his brother over getting rid of his guilt! He didn’t want anyone to talk him out of what he was about to do. He had no intention of repenting of his hate.

So, the Lord asks another question…

“If you do what is right, will you not be accepted?”

He could’ve put this one in the indicative, “If you do the right thing you will be accepted,” but he chose the Socratic method. (Okay, Socrates hadn’t been born yet, but you know what I mean.) He wanted Cain to have to think about what he was about to do.

That’s always a good idea, yes? Stop and think before killing people, what a good idea! I wonder how many homicides, feuds, and wars we would avert by simply waiting to think it through. Wouldn’t it be a better world if we’d all just took a breath of our own before opting to take someone else’s breath away?

This is God giving Cain a last ditch chance to change his mind about killing his brother. “Stop and think about what you’re about to do here! I get it, you’re angry, but this is not the way to deal with it!”

“If you do what is right, will you not be accepted?” Cain failed to do, “what was right” when he disobeyed God’s command to shed the sacrificial blood of an animal. Instead, he chose to bring to God some rutabagas out of his garden and shed his brother’s blood!

“If you do what is right, will you not be accepted?” Accepted by whom? If he had done what he should’ve done all along (offering the sacrifice that pointed to Jesus) and resist the temptation to hate and kill his brother he would’ve been totally accepted by God.

Jesus’s blood “has a better thing to tell than the blood of Abel.” Hebrews 12:24

Abel’s blood cried out from the ground (so to “speak” – pun intended) for vindication, for justice; whereas Jesus’ blood cries out and says that since justice has been satisfied forgiveness is available to the worst of sinners! Even murderers.

But there’s another thing Cain had to do to please God was to stop hating his brother and nix his murderous plan. Does God accept us when we hate our brothers and sisters? (I use the familial terms to denote our membership in the brotherhood of the human race.) Does he look the other way when we do one another harm?

If we American Christians want God’s acceptance we’ll have to look to Jesus, the unjustly lynched Son of God who took our place at judgment. But that’s not all. We’ll also have to turn around and extend the same grace to our brothers and sisters on earth that was lavished on us from heaven!

Intending to elicit repentance, God gave Cain a picture of what was going on in his heart: “But if you do not do what is right, sin is crouching at your door; it desires to have you, but you must rule over it.” Cain’s hate for his brother was like a hungry lion just waiting for him to walk out the door so he could pounce and devour him. “Get a hold of yourself, Cain! Don’t let your hate control you, you have to control it instead!”

Again, I propose that we American Christians get a hold of ourselves! Our anger and hate is already devouring us and thinning our testimony. In all our debates and hateful rhetoric we conduct ourselves no better than the non-christian world. Instead of contributing to the vitriolic narrative we should be setting the pace of grace-filled communication and mercy-saturated action.

It’s God’s next question that woke me up the other day. This is the one that breaks my heart when I imagine God asking the Church in America, “Where is your brother?”

That’ll have to wait next time… What are your thoughts so far?