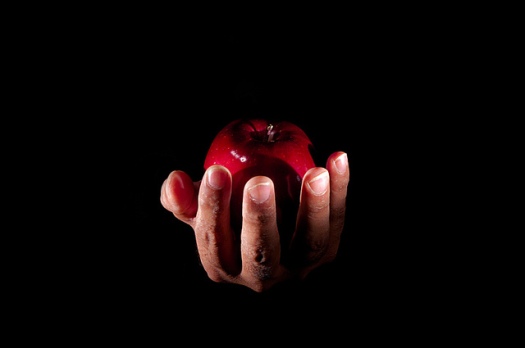 Before the fall, our first parents only knew good desires. They had an untainted desire for life together with God and each other in the garden. After they took the wrong off ramp they were introduced to other desires. For the first time they not only knew good and evil, they had a hard time doing the good and resisting the evil. They had “desires for things other” (Mark 4:19) than God and everything (and everyone) he provides. Ever since, we’ve all been born with this same not-so-civil war between desires inside.

In Part 1 I introduced the idea that we humans do have some good desires, some bad ones, and bunch that are neither good nor bad, they just are. In this post I’ll share a list a number of New Testament passages that speak of human desires that can damage the soul, and when acted upon, create a distance between us and the God we love.

So, all desires are not created equal, still the question remains: How can we tell the difference between good and evil desires? It’s really not all that complicated. We can know the difference by the things that we desire. If it’s an attitude or action that God proscribes, it’s an evil desire. If God says something isn’t good for us, then it’s not good for us or good for his glory. If we want something that he prescribes, then we know that it’s a good want and we should pursue it.

All our desires should be vetted by passing them through the filter of the mother of all goals: “the glory of God and the good of people.”

That you still have evil desires doesn’t mean you’re necessarily a bad Christian. What matters is what you do with your cravings for things on which God has posted a “No Trespassing” sign. Do you turn back at the sign or skulk past it into forbidden territory? A little bit of both. Am I right?

But when you’re tempted, you make every effort to resist, and when you don’t succeed, you repent. Right? That’s the nature of the marathon we’re running. “For a righteous man falls seven times, and rises again. But the wicked stumble in time of disaster and collapse.” Proverbs 24:16

My point is that your evil desires don’t necessarily define you. The good things you long for in that deeper part of your being may, on the other hand, indicate more about your true identity as a child of God than your evil longings. That is, if, alongside your evil desires you also crave the pleasure and glory of God, then it’s likely that you are a genuine disciple of Jesus, fighting the good fight of faith.

All that said, next time I want to narrow the conversation down to one particular set of desires, same-sex desires. Are desires of that nature part of nature or against it? Are they legitimate from God’s vantage point?

The main question I’d like to address is: Are those who possess same-sex desires, defined by them? That is to say, if someone is born with or somewhere along the line develops LGBT desires, is is a foregone conclusion that he or she is to assume a lesbian, gay, bi-sexual, or transgender identity and lifestyle?

One Reply to “All Desires Are Not Created Equal (Part 2)”