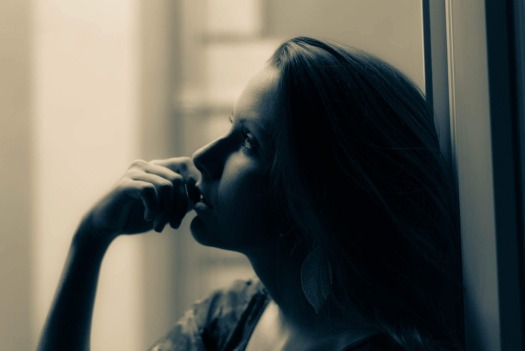 “I know that the LORD has given you this land and that a great fear of you has fallen on us, so that all who live in this country are melting in fear because of you. We have heard how the LORD dried up the water of the Red Sea for you when you came out of Egypt, and what you did to Sihon and Og, the two kings of the Amorites east of the Jordan, whom you completely destroyed. When we heard of it, our hearts melted in fear and everyone’s courage failed because of you, for the LORD your God is God in heaven above and on the earth below.” Joshua 2:9-11

In the last post I introduced this notion of viewing the Rahab story as an example of how God invites people into friendship with himself. Let’s elaborate on that here…

We all have people in our lives that, like Rahab, have a supernaturally installed respect for God. Though they might be squandering their lives at the moment, they evidently have “eternity in their heart” (Ecclesiastes 3:11). Their respect for God doesn’t necessarily mean they know him personally or love him in their hearts yet, but it is a huge step in the right direction.

You probably noticed that Rahab indicated that many of her fellow Jerichoans had a fear akin to hers: “Great fear has fallen on us… all who live in this country are melting in fear… everyone’s courage failed because of you…” Hyperbole notwithstanding, there were a lot of people in the city that were more than a little nervous about those crazy Jews camped on the other side of the river!

But Rahab, who felt more than a little nervous about what was coming, was open to a message of hope. Her name actually means “spacious” or “roomy.” Her spacious spirit had room for a supernaturally installed wonder about her Creator. Not everyone seems to have that same “good soil” heart. Like Cornelius the centurion, Rahab had plenty of free space inside for the truth about the one true God.

You might have noticed that when she referred to God she repeatedly called him by the name that only the Jews used: “Jehovah.” (Whenever you see “LORD” in all caps, it’s a translation of that special name for the God of the Jews.) The whole city had heard stories of the conquests of this Jewish God, and one person–– at least––believed what they’d heard.

She had no Bibles on her nightstand or Baptists in her neighborhood. There were no preachers on TV or people on street corners handing out tracts, and yet, when the scouts showed up at her door she was already a “believer” of sorts. She knew they were all in danger of being on the wrong side when disaster arrived and yet had, at minimum, a faint hope that there was a way of escape.

Her heart must have sung when the scouts rang her doorbell that day. Their appearance fanned her spark of faith into flame! I wish I had a nickel for every time people have told me that they had just been thinking about God when I arrived to share Jesus with them. The converging grace clues that the Spirit created in Rahab remind me of the time he led Philip to the road to Gaza, who arrived at the precise moment the Ethiopian was rolling along in his chariot. To make their meeting even more fortuitous, the eunuch was right then in the midst of reading one of the Bible’s profoundest prophecies of Jesus’ crucifixion! That’s what I call a divine appointment!

“The LORD your God is God in heaven above and on the earth below.”

Prostituted idolater notwithstanding, Rahab had a pretty good idea of who God is. She had been raised to worship other deities, and maybe still had an emotional attachment to them, but somehow she knew that the God of the Jews had more––a bunch more clout than her own gods.

Your God is above, below, and beyond our gods; so I’m looking for a little help here. Maybe you could put in a good word to him for me before he takes over our city!

Surely this was a woman with a supernaturally installed sense of wonder.

God is way out ahead of us in his passionate pursuit of people. He’s on a friendship-frenzy, instilling seeds of hope in people’s hearts for something more than what their eyes can see. There’s nowhere we can go that he hasn’t already been, preparing people’s hearts to take hold of his love.

Over the years I’ve been taken by surprise by thousands of divine appointments with “closet pre-christians,” ones who secretly harbored a hope that there is a God like one who is. I’ve missed way too many of these appointments. But when I haven’t squandered them for fear, busyness, or a mediocre devotion to Jesus, it’s so much fun trying to coax people out of their closet and into his loving arms!

Now, when I look at a person, instead of measuring how far they are from God, I try to discern what the Spirit is doing in them to bring them close.

Next time we’ll talk how the scouts engaged in what I call:  “accidental evangelism”…

The profits from my book go to support a ministry for present day Rahabs called Freedom House:

2 Replies to “A Supernaturally Installed Wonder”