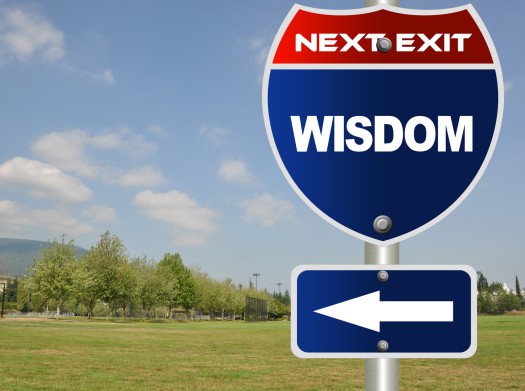 “To what, then, can I compare the people of this generation? What are they like? They are like children sitting in the marketplace and calling out to each other:

For John the Baptist came neither eating bread nor drinking wine, and you say, ‘He has a demon.’ The Son of Man came eating and drinking, and you say, ‘Here is a glutton and a drunkard, a friend of tax collectors and sinners.’ But wisdom is proved right by all her children.” Luke 7:31-34

To dance or not to dance, is that the question? Or is it: To sing a dirge or not to sing one? Which one is it? One party believes in perpetual dancing and the other thinks we should live in continuous dirging, and neither camp respects the others, in fact, makes sport of them.

Which side are you on? Right or left? Choose you this day which you will serve, saith the Lord! If you want to be wise––wise like us––you’ll be like us and certainly not like them!

If I want to be wise, how should I live? As much as I want a handy dandy cliché answer to that, reason requires something more. Wisdom is more complex than that what one can sum up with one word, unless the word is Jesus! (See 1 Corinthians 1:24) But let’s come back to that…

The proof of wisdom is in all the kinds of people it produces.” Luke 7:34 (CJB)

If there were a town called “Wisdom” it would have to have a population of more than one!

Jesus says Wisdom is a composite of “all her children,” not just one or even two or three. She’s, shall we say, quite fruitful! She’s got a nursery-full of kids, each one with their own perspective, yet willing––no, anxious––to hear the perspective from another angle, even when it comes from a diametrically opposing quadrant.

Well, I would like to say / That everything works just one way / And I’m sorry but I can’t

Herein lies the beauty of a multi-party political system, does it not? What the left lacks, the right supplies and what the right can’t see, the left can. It’s sorta like having two eyes or two hands or two feet. Hmmm.

This is why Christians should never identify too closely with a particular political party or philosophy. We’re Christians before we’re Republicans, Democrats, Libertarians, and even before we’re Americans––are we not? No party is big enough to supply all the wisdom a nation needs to govern itself. Not only that, the biblical narrative is way too nuanced to fit neatly into any one particular political box.

Likewise, I like to think that this is the advantage of having many denominations and church traditions in Christendom, where each brings its own unique contribution to the “whole truth.” When we look at only one expression of Christianity and deem it either the only way, the right way to express faith, we’re missing out on all the rest of the ways. There’s an old maxim, “None of us has it all together, but together we have it all!” It takes the whole Church to show the whole Jesus––well, as much of him as we possibly can in these fallen selves.

Some use the phrase, “Full Gospel” to describe the theology of the Pentecostals. Though I’m one of those tongues-speaking radicals, if I were to use the label it would be to designate the whole Body of Christ. How could anything less than the entire spectrum of Christendom be considered “Full” anything? There’s no way that one person, one church, one denomination, or one theology could display the Gospel in its fullness.

Wisdom has many offspring; each expresses its mother’s nature in a bit different way, yet each still lives as a credit to its parent. Let me rephrase, wisdom, like a diamond, has a number of facets. To appreciate its beauty you have to view it as a whole. In the same way, you can’t peg wisdom down to only one perspective.

At least from the outside looking in, John and Jesus expressed wisdom differently. One was ascetic and the other went to parties where lots of food and alcohol were served. The religious leaders wanted John to “dance” and Jesus to “mourn.”

[Note: There’s no evidence that Jesus ever overindulged in food or in alcohol, but it was the outward appearance of him going in to those parties and social gatherings that offended the spiritual police.]

In the meantime, dance without compromise and fast without fanfare!

3 Replies to “TO DANCE OR TO DIRGE? (Wisdom’s Many Children) Part 1”