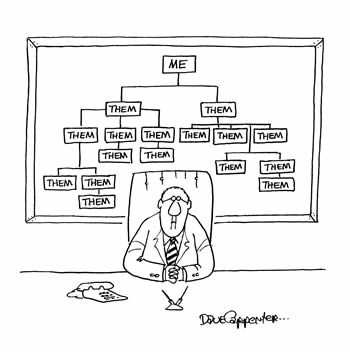 These few highlights are from our concluding podcast message on the epistle of James. If you’ve followed these 8 or 9 teachings, you’ve already heard me say that James, the half-brother of Jesus, had a very specific theme in mind when he wrote, a class-less Christianity. In his last chapter, he pulled out all the stops and confronted those from a higher socioeconomic status who oppressed those with little to no status with impunity. Read at your own risk!

Jesus, the justice-maker is coming… The Leveler is coming and he will even things out…

The oppressor will be judged and the oppressed will be vindicated…

When the Lord returns, he’ll fix all inequities. You’ll get justice, if not now, certainly when he comes back. And he is “near.”

If 18th and 19th Century slavers had read James and actually applied it to their wicked activities, they would have had to make a decision about their greed and evil treatment of their fellow humans. Fortunately, there were those who did just that and repented, like the former slave trader, John Newton, who wrote: “Amazing grace, how sweet the sound, that saved a wretch like me!”

Elie Wiesel said, “We must always take sides. Neutrality helps the oppressor, Never the victim. Silence encourages the tormentor, never the tormented. Sometimes we must interfere.”

Besides anger and self-pity, the bane of the poor and powerless is the temptation to take on the same greedy, self-promoting, oppressive spirit of the wealthy… where the oppressed become the oppressors.

Pray, protest, and hope for better conditions but don’t take out your frustrations on your oppressors or worse, don’t take them out on one another…

James rebuked the advantaged and reinforced the disadvantaged.

When the oppressed become oppressors the cycle is simply perpetuated… When the cheated become cheaters themselves, the world has little chance of becoming a better place!

The poor don’t usually have access to doctors when they get sick from their inadequate diet, shelter, and environment. Fortunately, they do have the Body of Christ!

So maybe James chose Elijah, the prayer-wielding iconoclast, to inspire his readers, especially the poor who suffer under Nero’s oppressive rule to follow suit. Instead of grumbling, cheating, or lying they (we) are to trust God and pray.

“My dear friends, if you know people who have wandered off from God’s truth, don’t write them off. Go after them. Get them back and you will have rescued precious lives from destruction and prevented an epidemic of wandering away from God.” (The Message)

Many privileged “majority culture” Christians have wandered away from the truth and into lives of acquisition and entitlement.

Everyone was the same to Jesus. He didn’t see class––upper, middle, or lower class. He just saw people. He saw what MLK described: “a beautiful symphony of brotherhood” among all people.

This, to me, is the message of James to a Church that was veering away from the vision of brotherhood and equality. He saw the disintegration of the people that Jesus died to integrate. His missive is the Bible’s most concentrated appeal to a Church to free itself of castes and classes, a Church that believes that all men, women, and children are created equal and treats them as such.

In order to fill in the blanks, I hope you’ll take the time to listen to the last audio podcast of these final verses in the Epistle of James. It may not be exactly what you expect!

One Reply to “James on Justice (An Appeal for Classless Christianity) James 5:7-20”