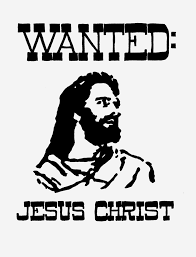 “As many people of faith are at the forefront of the Hong Kong rallies or confront racism in our own country, so Jesus led a rally confronting systemic economic injustice, which leapt from a vision of the kingdom he was bringing.” Jesse Borland

Jesus entered the temple courts and began driving out those who were buying and selling there. He overturned the tables of the money changers and the benches of those selling doves, and would not allow anyone to carry merchandise through the temple courts. And as he taught them, he said, “Is it not written: ‘My house will be called a house of prayer for all nations’? But you have made it ‘a den of robbers.’” (Mark 11)

Part 1 of this series is pretty important wherein we look at the context for what follows here. I hope you’ll take a few minutes to read (or reread) it for some backstory.

Though Jesus was nonviolent, he was decidedly not passive. He walked regularly into the face of danger, spoke the truth, and demanded justice for the marginalized. To decent law-abiding, religious people, he was nothing but trouble. According to them he hung out with the wrong people, healed at the wrong times, accepted hospitality from the wrong places, and said the wrong things to the wrong people.

His approach was active, provocative, public, daring, and dangerous––yet nonviolent. Many of the things he did for the poor were illegal, both to Rome and to his own people. He regularly practiced what we now call, “civil disobedience.”

Not unlike many of the Church’s Popes and Bishops in the Middle Ages the aristocratic priests in Jesus’ day had both a religious stranglehold on their people and a socioeconomic vice on them as well. Theirs wasn’t just bad religion, but bad religion complicit with bad government.

When Jesus kicked over their tables in the Temple and drove out the corrupt money exchangers and sacrificial animals, he labeled the Jewish elite as a “den of thieves and robbers.” His act was not purely religious for the simple reason that the Jerusalem Temple was not a purely religious institution. His was a very public attack aimed at Israel’s center of spiritual and sociopolitical power. In other words, his was as much a political act as it was a spiritual one. Both their corrupt religion and their socially exploitive grift were so repulsive to him that he waged a one man, one day “Occupy the Temple” protest.

.Josephus claims the Temple at that time was being “ruined by greed,” and the high priest, Ananias, was known as “the great procurer of money.” Jesus’ protest was against lucrative profiteering of the rich and powerful from the poor and powerless.

I saw a photo of an Occupy Wall Street protester, who was dressed up as Jesus carrying a placard that read, “I threw out the moneylenders for a reason!” Whether or not you agree with the recent protest movement against economic inequality called “Occupy Wall Street” (OWS), Jesus’ occupation of the Temple over two thousand years earlier had a similar purpose. His was a first century version of defying Wall Street and the inequitable distribution of wealth in his time.

In his account, Mark pointed out that Jesus put the government sponsored swindlers out of business at least for the day. “He would not allow anyone to carry merchandise through the Temple courts.” (Mark 11:16) His one-man protest, like OWS, jammed up the works. He interfered with injustice.

But didn’t he make a whip and strike people with it? Whipping his enemies would be entirely inconsistent with the portrayal of the Son of God we have in the Gospels. From Cana to the cross he modeled and taught a revolution that eschewed violence.

In my view he used the whip not on the people but on their animals, even so not in a way to harm them but to get them moving toward the door. Even shepherds carry a rod and staff to corral their sheep! There were hundreds if not thousands of sacrificial goats, lambs, and doves there that day. He used the whip to shoo them out of the Temple. And, if you think about it, he reprieved those animals, deferring their impending execution for another day!

If it’s a new thought to you that Jesus was an activist and led his own protest against those who profited off the poor, stop for a minute and think about it. Next time we’ll unpack the implications of his “civil disobedience.”

In the meantime, whether you agree with my assessment of this passage or not, I welcome your input.