In response to something I wrote recently, a friend of mine, wrote this to me:

“For Christ-followers to get worked up over politics, is to fall right into the devil’s scheme to make us ineffectual in our faith. Some of us are called to enter the political arena (or have come to faith while serving in gov’t) in order to wield kingdom influence. But I believe that it is very misguided to believe that we should try to generate enough political clout to pass laws designed to make ‘sinners’ behave. Jesus’ strategy for changing the world was disciples making disciples. People with changed hearts don’t need political solutions.”

In that this seems to be a conviction of many of my fellow followers of Jesus, I thought I’d share a few of my random thoughts on the intersection of faith and politics. There are many other things to be said about this controversial topic, but let me offer a these for now.

Historically when politics and faith have gotten into bed together they’ve given birth to “disabled offspring.” That is, fusing faith with politics creates politicized religion or religionized politics, a disaster for both religion and politics. In other words, while it is problematic when these two entities to have intercourse, there’s no doubt that they will inevitably intersect. When and where they do, it’s our faith that should govern the way we respond politics, not the other way around. Both the world and the Church suffer when we sequester Jesus behind stained-glass and quarantine his followers away from sociopolitical engagement.

Most political issues have moral implications, and since we derive our morals from Jesus, we can hardly stay quiet when something he cares about is at stake. Fighting for justice for those who are oppressed is as important a responsibility of our faith as developing strong personal piety. The divide between our personal morality and political morality is fabricated. We vote for the kind of society Jesus wants or we don’t.

While committed to separating Church from State, we mustn’t segregate our moral values from public life. “Those Christians who try to avoid all political discussions and engagement are essentially casting a vote for the social status quo,” says Timothy Keller. “Since no human society reflects God’s justice and righteousness perfectly, supposedly apolitical Christians are supporting many things that displease God. So to not be political is to be political.”

It’s political when we say that “Jesus is Lord,” because at the same time we’re saying that Caesar is not. It is in that sense that the Church is a political community. “You can’t be indifferent to politics,” says Peter Wehner, “because politics is about human lives, and if you get your politics wrong there’s a huge human cost. And if you get your politics right, you can create the conditions for human flourishing and human dignity.”

I think, using that framework, it’s a mistake to claim that Jesus or Paul weren’t political. They both affirmed the second greatest command to love our neighbors, which includes both friends and enemies. We have a responsibility to stand in opposition to any political policy that obstructs our neighbors’ right to shalom. And presumably we would hope our neighbor felt the same way about standing up for us if our shalom was being obstructed.

Thomas Jefferson made the same point about politics and government when he said: “The care of human life and happiness and not their destruction is the only legitimate object of good government.” That sounds awfully like what Jesus said about loving our neighbors.

It’s interesting to me that Christians, who have no difficulty advocating, if not participating in, marches and rallies for the unborn, argue against church folk involving themselves in other political initiatives. They’ll write to lawmakers opposing gay marriage, insisting that their representatives rule a certain way on transgender bathroom facilities, or disputing tax increases (for their own economic bracket). But when it comes to other issues they refuse to speak up on the basis that “Christians and politics don’t mix.” That seems duplicitous to me.

I agree that they don’t “mix” but they do often intersect, and when they do, on the basis conscience, we have the right (especially in our democratic system) and the obligation to represent the position we consider to be most in keeping with Christ’s kingdom. Lawmakers and media who frame public issues need the Church to hold them accountable to the sort of eternal values that Jesus teaches. 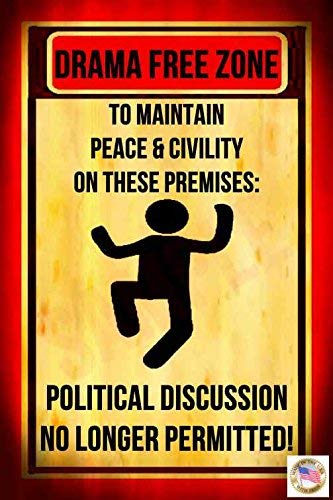 I certainly respect that believers will not be able to address every social issue that is in conflict with the will of God. No one has the time or the Spirit’s leading for that. But to argue that political engagement is somehow a distraction from our faith doesn’t make good sense. To fail to somehow address those particular anti-kingdom issues that the Spirit is highlighting for us personally is in my opinion a seriously mistaken notion.

The best social movements have historically had spiritual foundations. Abolitionism, women’s suffrage, the institution of child labor laws, changing Jim Crow laws, erasing apartheid, were all fueled predominantly by people of faith who weren’t afraid to engage in politics on some level. Most of these people were unsung allies of those whose names of whom we’re more familiar. King, Wilberforce, Mandela, Tutu, and others couldn’t very well institute political change apart from their spiritually motivated multitudes of partners in crime. It’s a good thing that those lesser knowns didn’t take the view that political involvement is somehow separate from obedience to Christ. Otherwise, many of these unjust systems might still be in place.

We place our faith in God not in politics, but when the will of God and his just kingdom intersect we must, as did the prophets, align ourselves with him in prayer, speech, and action.

Therefore, I can’t see how that political engagement is “fall(ing) right into the devil’s scheme to make us ineffectual in our faith.” It seems to me that many Christians are so afraid that they’ll lose track of their faith if they concern themselves with politics that they surrender their prophetic responsibility to bring their faith into the public square. Politics is simply how we apply our faith and moral values to public life. It’s my faith that compels me to speak truth about power, and when necessary, in the name of Jesus, follow his example and turn the tables on the injustices that disadvantage my neighbors.

“Politics is certainly not a place for the pursuit of utopia and moral perfection;” says Peter Wehner, “rather, at its best, it is about achieving the best approximation of the public good, about protecting human dignity and advancing, even imperfectly, a more just social order.”

My friend said that “people with changed hearts don’t need political solutions.” It’s a snappy meme, but it makes no sense. Many of the African slaves became Christians and had “changed hearts” along with oppressed bodies until the law was changed by people of conscience and good will. Again, since 1973 pro-life Christians have worked hard to get Roe v. Wade changed. Having a changed heart is no replacement for political solutions. In fact, my new heart (now 47 years old) yearns for many changes in our society that my old heart had no concern for.

Many of us live lives that are comfortable enough to be untouched by politics. It’s easy for those of us who have a lion’s share of social privilege to minimize the value of political engagement. We simply need very little that we don’t already possess socially. Refugee quotas, welfare systems, or how much money is put into inner city schools does not affect us. We can do what we want, go where we want, and educate our kids in pretty much whatever schools we want. In one of his poems T. S. Eliot wrote: “It is hard for those who live near a Police Station / To believe in the triumph of violence.”

We can wash our hands of politics, and turn away from our poor neighbors. We can insulate ourselves from the needs of the world and make our faith a private, individual affair. “Those who devalue the importance of politics tend to be those who live in luxury and safety, where systemic injustice is a distant reality, unseen and unfelt by those living in comfortable neighborhoods,” says Peter Wehner.

We will disagree at times, but we must remember that the Jesus we share is more important than the politics that we don’t.

I recommend these two books on the subject of intersection of faith and politics:

2 Replies to “Why I Talk So Much About Politics ”