I love a good prayer meeting. When two or more are gathered to ask God for things the faith that travels like electricity from person to person and accumulates to light up the room is exciting and effective for the advance of the Kingdom of God. I’ve been in a few not so good prayer meetings too.

My first ministry assignment after college was as an interim pastoral position in a small church in a rural town in Northern California. I was only 22 years old and the first service in which I officiated was a Wednesday night prayer meeting. Things were going along smoothly until a man in the back of the sanctuary asked to share something, which I assumed was a prayer request and that he would do it from his seat. But when he came to the podium, stood next to me, and unfolded a page full of notes I knew this wasn’t going to turn out well.

It was worse than I expected when I realized his whole purpose was to denigrate the former pastor’s performance, who was a friend of mine. The worst of it was that the pastor’s wife and children were in the room! After the longest couple of minutes in my life I could stand it no longer. I put my arm firmly around the brother (maybe a little more than “firmly,” I don’t remember), offered a terse prayer of little spiritual value, and gave him a nudge back to his seat. (It might have been more of a shove. I don’t remember.) And we proceeded with what actually came there to do: Pray!

Many years later I was leading a prayer meeting in which two of the most outlandishly outspoken people in our congregation got into a I-can-pray-better-than-you contest. It was like a “pissing contest” only with prayer! Their “prayers” got louder and weirder until I finally stepped and shouted: “Stop! Stop it!” It was no use after that trying to recover the “move of the Spirit,” so I gave the benediction and made for the door.

Though I’ve had many great prayer meeting experiences, at least I learned a few things that shouldn’t be part of such gatherings. And I’m here to say that what the president did at the National Prayer Breakfast on February 6th was unacceptable, and can’t let it go without comment.

From where I sit, it was inappropriate and offensive by turning the gathering into a combination: victory lap, gripe session, and stump speech. Yet, the worst of it was when he followed David Brooks’ speech on “loving our enemies” by saying he disagreed with him. Disagreement on politics is one thing, but all Brooks did was quote Jesus and apply Jesus’ command to love one another to the national conversation. Yet during a meeting whose purpose was to ask God for help, the president had the audacity to disagree with the Word of God–and his acolytes cheered! 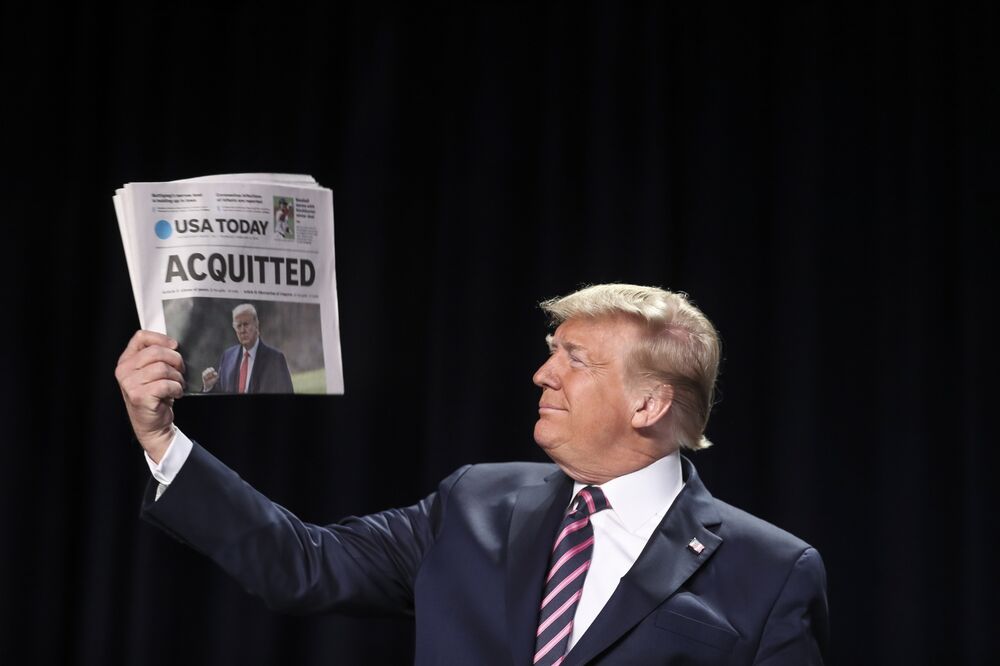 In his speech Brooks’ referred to Jesus as his “personal Lord and Savior” and then quoted him from the Sermon on the Mount:

“You have heard that it was said, ‘Love your neighbor and hate your enemy.’ But I tell you, love your enemies and pray for those who persecute you, that you may be children of your Father in heaven.”

He went on to refer to a speech he had given to another group asking them to remember that people on the other side of the political aisle:

“…are not stupid, and they’re not evil. They are simply Americans who disagree with you about public policy. And if you want to persuade them — which should be your goal — remember that no one has ever been insulted into agreement. You can only persuade with love.”

He said, “In politics today, we treat each other as worthless, which is why our fights are so bitter and cooperation feels nearly impossible,” and then suggested three homework assignments:

“First: Ask God to give you the strength to do this hard thing — to go against human nature, to follow Jesus’ teaching and love your enemies. Ask God to remove political contempt from your heart…

Second: Make a commitment to another person to reject contempt… and ask someone to hold you accountable to love your enemies.

Third: Go out looking for contempt, so you have the opportunity to answer it with love… I’m calling each one of you to be missionaries for love in the face of contempt.”

The president followed Brooks with his own tirade of how terribly he’d been treated during the hearings, called Nancy Pelosi a liar, and accused Mitt Romney of “using religion” to justify his vote against him in the Senate. As if that weren’t nauseating enough, what I find particularly revolting is that he bloviated these things in a gathering supposedly devoted to invoking the Creator for his help in governing our great country! 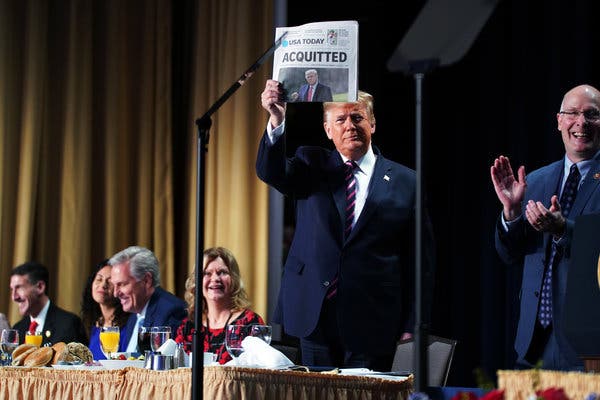 I’ve been in a lot of prayer gatherings in my life (some good ones and some not so good) and I don’t remember anyone ever waving a newspaper with their picture on it––a Bible, maybe, but not a newspaper. And I have definitely never seen someone stand up and flat out reject the teaching of Jesus! To me, the most disturbing thing was the cheers and applause that came from those in attendance at such outlandish behavior.

This wasn’t a debate on the Senate floor, a press conference, a stump speech, or a photo op in the West Wing. This was a National Prayer Breakfast, a place to lay aside differences, recall the words of Scripture, and pray for the country. Instead, our president childishly attacked his enemies and brazenly denied Jesus’ demand that we love them!

And his cronies cheered.

(Maybe next year it’ll be better. A better president might help.) 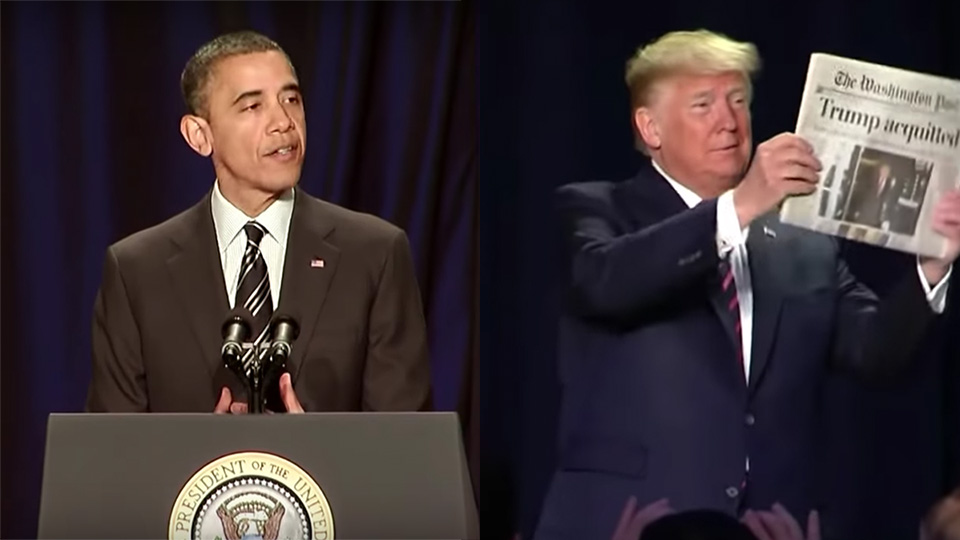