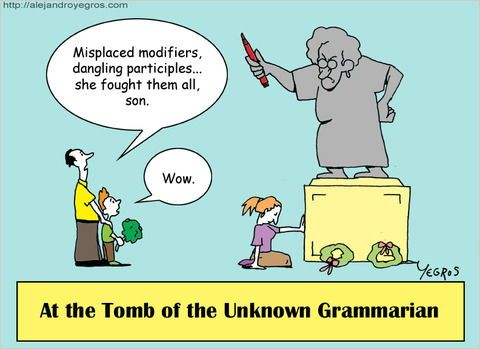 The commission Jesus gave his disciples to make disciples could be compared to learning a language.

As brilliant as they both are, my two four-year-old granddaughters don’t need English grammar lessons quite yet. The definitions and proper use of indirect objects and predicate nominatives don’t seem to stick. The best way to teach them how to use the best grammatical forms and speak with good diction is for us to speak well to them. They’re like sponges, these little pixies. They imitate quite well, which is a good reminder not to swear in front of them! The rules of grammar come later, if at all, for them to nourish and sustain the art of speaking and writing well.

This applies also to passing on to others a mature Christian morality. We often make the mistake of leaning too much on teaching the rules and not enough on just showing people how it’s done by living in front of them.

I don’t know if you’ve noticed this or not, but we already have too many people who identify themselves as Christians that don’t actually have Christlike characters, people who know the “rules” but don’t seem to care much about following in Jesus’ footsteps. They can quote the Nicene Creed and know how to parse the Greek verbs, but don’t seem to care about the poor or to treat people who are not like them with love and dignity.

The old maxim, “Do as I say, not as I do,” meaning, “Don’t imitate my behavior but obey my instructions,” doesn’t actually work in the disciple-making business. Surely you’ve noticed that children (and adults) are much more likely to do as we do than do as we say.

It’s not like we can wait till someone’s years into their faith before we start teaching him or her stuff. Disciple making is like the elementary school activity called “Show and Tell.” Maybe we should put a little less emphasis on the telling and a little more on the showing. (That is if we actually have something to show.)

Plus, we have to give the Spirit more credit to do what he alone can do to detoxify our disciples (and us)––otherwise known as sanctification. After all, he’s the One who engraves “the rules” on our hearts and sets up circumstances whereby we remember them when harassed by temptation.

If you want to make disciples who live and speak “Kingdom” then live and speak it in front of them. And if you’re lucky they’ll be inspired to follow suit and maybe even want to learn some grammar along the way.