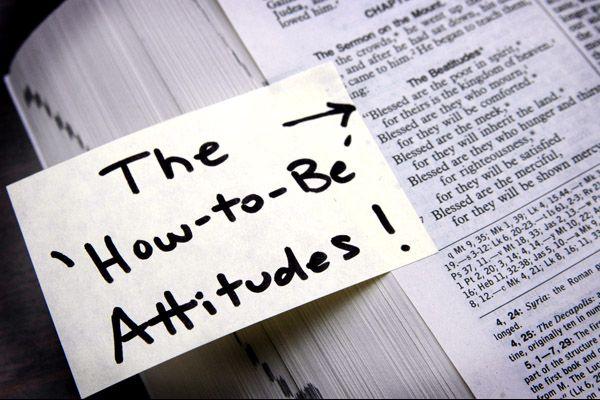 Notice these are “BE-attitudes,” that is be this way, which is quite different than saying “do these things.” Okay, that’s a bit of a lexical stretch, but you get my point. In each case he says, “Blessed are those who are…”

These are attitudes. And an attitude isn’t something you do, at least not in the short term. The blessedness he promises isn’t so much in doing a certain thing, but in being a certain way. It’s more about being than doing and more about what God thinks than how we feel.

This is not to say that these Christ-like attitudes don’t inevitably result in Christ-like actions, because they absolutely do. But, as we’ve seen, attempting Christ-likeness from the outside-in quickly turns to a sweaty spirituality, which is unpleasant for both the sweat-er and those among whom he sweats!