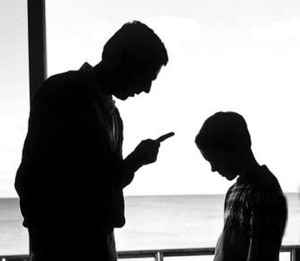 This post, exposing a controlling model of spiritual leadership and proposing a more Christ-like alternative, borrows from chapter 5 of “Learning Leadership Lessons from 2 Corinthians.” The tendency toward dictatorial leadership is nothing new. Spiritual leaders have always been tempted to try to control and coerce people for one reason or another. The sincere, albeit gravely mistaken, ones either thought that God required it or people needed it. Others, with less than noble motives, eat up the power to steer people where they want. It makes them feel and look important.

In his second letter to the Corinthians Paul was dealing with the rumor that was circulating in the region that he was no longer an apostle at all. Considering all that he’d invested in this high-maintenance church it must have been quite a hard blow. The way he handled these attacks is a great model of leadership to any generation. If we follow his train of thought, his exhortations, and pleas in the letter we can learn a lot of life-saving leadership lessons for ourselves.

Among other things he felt compelled to address was the accusation that he practiced a controlling leadership style. His response is a good reminder to any spiritual leader of any age about the relationship God demands between the leader and the led.

Not that we lord it over your faith, but we work with you for your joy, because it is by faith you stand firm. 2 Corinthians 1:24

This verse speaks to the universal temptation of the leader to “lord it over” those of whom he has charge. To date, I’ve been particularly touched by this temptation during two seasons in my ministry. The first was when I was young and more insecure than now. I was experiencing relative “success” in my life of service (I hate the term “success” in relation to ministry, but I’ll settle for it for now), and “lording it over people” simply seemed like the most direct route to continued success. Anything except just telling people what to do with their lives seemed just too slow! To wait for people to develop their own convictions rooted in the Word takes time. Giving the Holy Spirit space to do his thing in people seemed too glacially slow for my youthful taste. I didn’t have the patience to let people try, fail, and discover God’s ways for themselves. Nor did I have very much confidence in the Spirit to do what He alone could do in their lives.

The other season in which I was strongly tempted to “lord it over” was while pastoring people who just weren’t getting it! Many of them were not hungry, not responsible, not obedient, and not even growing in their faith. It’s so tempting to run the lives of people like that since they’re not running them very well themselves!

Paul tells us that the alternative to lording it over people is to “work with them for their joy.” You’ve got to have your prepositions right on this passage. He doesn’t say, “work for them with their joy.” That would be “lording it over them” – that is, doing it for them while they just tag along like puppy dogs on a leash. You talk to God, get the word of the Lord for them, and then tell them so they can go along for the ride. You’re the driver and they’re the passengers! Tempting? Yes. It’s not only because “power corrupts,” but also because they might not go along at all if you don’t do the driving. And the fact of the matter is, they might not. But if I drive them, they might only go along as long as I drive. And I can’t drive everyone everywhere!

We don’t work for them, but with them. This is an altogether different approach to leadership. I’m not supposed to be behind them driving them. I’m next to them encouraging, modeling, instructing, and praying for them. My goal then is to serve God with them and serve them with God. We’re at His bidding (not theirs), and with His power (not ours) serving.

Paul went on to say that his goal was, “for their joy.” It wasn’t his joy, but theirs that motivated him to serve. I sometimes forget whose joy I’m working toward and leading for. I have to remember it’s not about my joy. It’s not about me having a fulfilling life or a “successful ministry.” My preoccupation should be their joy, which they won’t achieve if all they do is go blindly and childishly along for the ride, with me doing all the driving. They’ll have joy when they take responsibility for their own lives and decide to grow – with or without my contribution. But if I am able to contribute in some way, we’ll both have joy and everybody wins!

He said, “…it’s by faith that you stand firm.” That’s where we want our disciples – “standing firm!” They’ll never be able to do that if I lord it over them. They’ll never build a strong personal faith if I do everything for them, while they stand by and watch me do it.

If you have a pastor or ministry leader who could use a reminder in this area, and you have the courage, forward this on to them. Maybe pray about it first. We leaders, though gruff on the outside, can be quite oversensitive.

5 Replies to “Leaders, not lords”