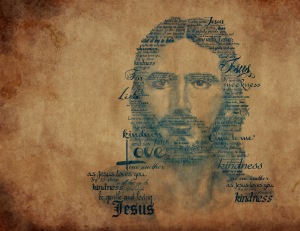 We’ve established that, even if Jesus didn’t exactly intend his parable to point directly to the kind of Samaritan he would be, he would make an “Ideal Samaritan.” Looking at the way he treats thrashed people, if we’re honest, we see how far we are from that ideal and might even consider ourselves “Inadequate Samaritans.” In order to lower the volume on our nagging conscience we concoct some pretty creative excuses for our inadequacy. If you happen to be shopping for some fresh new alibis for being more, less like Jesus than more, more like Jesus you might try on one of these for size.

Can you see Jesus saying this to the Father? “OK, I’ll go and I’ll sacrifice myself, but not for those who don’t deserve it! I only want to die for those who are eligible, who were total victims and didn’t get themselves in the trouble they’re in. I don’t want to waste my blood on the undeserving.”

“Well, you can save yourself the trip,” the Father would reply, “because there’s nobody like that down there!”

Compassion is not to be “doled out” by determining which persons are suitable objects or recipients of love. If we want to be like Jesus we’ll have to serve the undeserving.

They’re not like us. I’m responsible only for those in my family, my church, and maybe for other Christians. Let their own people help them!

From God’s zoomed out view, our neighborhood extends to the outermost edges of the planet. Our neighbors include those with whom we have the least in common. It’s my observation that the most socially ostracized people to be the quickest studies of this. People of privilege like myself, who have never experienced Samaritan marginalization have the most difficult time seeing the marginalized as worthy of our compassion.

If we want to be like Jesus we have to see how big our neighborhood is.

Samaritans have always been hated as half-breeds. James and John (the Apostle of Love) wished to call fire down on them, which takes bigotry to a very scary level! It’s one thing to want to bar people from your club, but another to see them consumed in flames!

Some versions include in Jesus’ response: “You don’t know what spirit you’re from for I didn’t come to destroy but to save.” In other words, “The spirit you’re coming from is not the Spirit that prompts me.” It’s not the Holy Spirit we’re feeling when we wish for judgment for our enemies. Apparently, some Christians can’t tell the difference between adrenalized venom and the inspiration of the Holy Spirit. Those who go to the streets with signs expressing hate against gays or blacks or abortionists might feel a rush that approximates the sensation they feel in church or in prayer. But it’s a different thing altogether.

Our “Ideal Samaritan,” when suffering history’s greatest injustice, prayed, “Forgive them!” If we want to be like Jesus how can our prayer be any different?

This is a favorite for “priests and Levites” as they pass by on the safe side of the street. “It’s probably his fault that he’s in this situation. I’ll bet he’s a thief who tried to rob other thieves and lost the fight. He’s just getting what he deserves!”

Blaming the poor for their poverty or natural disasters to immoral people and false religion is a particularly effective guilt reducer when we don’t want to help other people. “Why should we help people that God is judging? If he’s punishing people for their sin, why would we stand in the way of that?” Translation: I’m off the hook!

When his disciples suggested that one man’s blindness was the result of his sin, Jesus was quick to order them to terminate the abstract excuse-making and get back to the work of healing!

“I don’t like being made a fool of by shysters and lazy bums!” So we’ll walk by hundreds so that we’re not made a fool of by the one or two. We won’t help anyone or give to a charitable organization because it might be mismanaged. Will you get ripped off sometimes? Yes. But do you think the Samaritan interviewed the half-dead man before putting him on his donkey? “So, if I take you into town and pay your bill are you going to just return to your old ways?”

Or can you hear Jesus saying to the Father, “If I shed my blood for the whole world, some might waste it. They might take it for granted and just keep on sinning. Do I have to die for them too?” Of course he knew in advance that millions would trample his blood underneath their feet, yet he gave it for all!

To be more like our Ideal Samaritan we’ll have to give much, give freely, and give often to the thankless and undeserving.

In case none of these work for you, you’ll be happy to know that in the next post I have more suggestions for excuses for why we don’t serve in a Good Samaritan way… In the meantime, do you know any other creative alibis?

5 Replies to “Some excuses of not-so-good Samaritans”