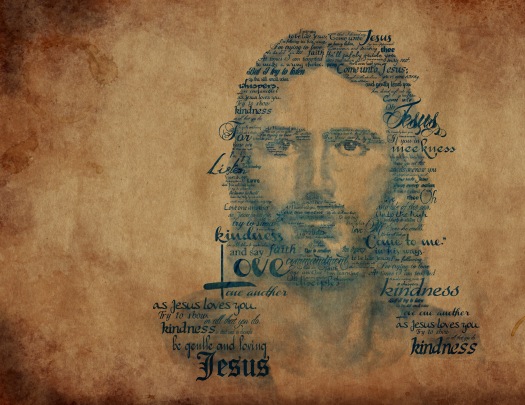 It says that the Samaritan came across the dying man “as he traveled.” He must have been on his way somewhere. The Jericho Road, colloquially called “The Bloody Pass” wasn’t anyone’s destination. You didn’t go there for a picnic and to see the sights. He found the victim while on his way to someplace else.

That’s where we may, if we care to notice, run into a lot of our divine appointments, on our way somewhere else. In order to meet the man’s need the Samaritan had to be willing to stop and be late to his next appointment. Maybe his lateness would cost him a contract or the ire of a customer or friend, but the bleeding man lying in front of him had a greater need than his need to be on time to wherever he was otherwise supposed to be.

Jesus said that the priest “happened to be going down the same road.” I think he worded that way to suggest that there was a divine appointment occurring, that God had orchestrated the “chance meeting” of those two that day. Throughout our daily lives God gives us any number of appointments to help others. At the time they might appear to be coincidences, but they turn out to be “good works which God has ordained beforehand that we should walk them” (Ephesians 2:10).

If our job as New Testament “priests” is to bring God to people and people to God, then we should always be on the alert for those moments in which our paths intersect with the paths of people who need him!

I would say that if we’re too busy with “church work” to do good outside the church walls, my advice is to serve less at church and more in the community. (Sorry, pastors! Maybe we should simplify our church program in order to release more Samaritans into the community. Just a thought.)

May I say, from considerable experience, that “church work,” though it can be quite time consuming, is often the easiest way to serve. It’s usually predictable, scheduled, comes with a handy dandy job description, someone to report to, and a user-friendly curriculum. It doesn’t always require a lot of faith, sacrifice, or sensitivity to the Spirit to sing in the choir or organize the church potluck. I’m not insinuating that a church program ministry is unnecessary or unspiritual. Please, serve in your church! I’m just saying that it’s the unplanned random acts of kindness for the underserved, undeserving, and unwashed – the ones that God extemporaneously brings into our paths – that keeps us on our toes.

I’m glad that Jesus spent most of his time outside the synagogue.

Tithes and offerings for your church are right on! Keep doing that. It takes money to keep the lights on and your pastor fed. And if your church is generous with the poor in your community and the world, then all the more! But if your church’s budget is all about bigger and better pulpits, pipe organs, and programs; then maybe some of those offerings should go outside to serve the underserved. Just saying.

May I say also that Good Samaritanism isn’t always about giving money to the poor and oppressed. The half-dead guy lying in the road needed more than a few bucks for a Big Mac and fries. The Samaritan tendered personal care, transportation, and advocacy. After all, Jesus, who didn’t have any money to give, gave much more than what money could buy.

“God wouldn’t want me to do anything that was unsafe!”

I’m not so sure about that. Thank God that Jesus was willing to come into our bad neighborhood! The Samaritan couldn’t have known if the muggers were gone. They might still have been lurking close by, waiting for others to waylay, yet he took the risk. Safety while doing God’s will is overrated.

Most of us have an aversion to severely damaged people. They take up our time and money, and make us feel awkward. I understand the sentiment. The priest and Levite seem to have felt this way about the bruised and beaten man when they passed him by. Their religion even warned them to stay away from dead bodies, so they had biblical justification their reluctance and fear. Good thing Jesus overlooked any distaste toward the most damaged of us!

All right, that’s enough on the excuses for being less like Jesus than we ought. There are many more, but I don’t want to put any more ideas into our heads for an expanded repertoire!

That is, unless you can’t help yourself and must share a few of your own that I’ve not covered?

3 Replies to “Some more excuses of not-so-good Samaritans”