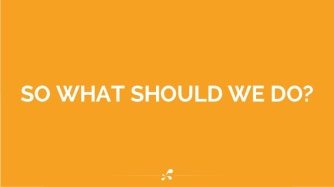 If we have power, we must use it to help the powerless.

While John was preaching hot and heavy about what authentic repentance looks like, three groups of people approached him with the same operative question, “What should we do?” Okay, Messiah’s coming and God will judge the unrepentant. His ax is ready for swinging, so what do we do to escape its cut? John tailored his responses to each group a little differently.

He told the hyper-religious group to share their food and clothing with the poor and he commanded the tax-collecting shysters to stop robbing their neighbors. The last baptismal candidates were soldiers. To them the prophet said:

These mercenary soldiers likely operated as the tax collectors’ muscle in their shakedowns of helpless fellow citizens. The Greek term that John used for “extort” means “to rob with violence.” They were so discontent with their take home pay that they resorted to leg-breaking for the IRS of the day. The preacher told them to live within their means with their state-issued paycheck and refrain from manipulating the powerless for extra cash.

I warn you not to dismiss John’s word just because you’re not in the Army or an enforcer for the mob! Like the soldiers, most of us have some power of some sort over someone, and how we steward that power says more about us than our possession of the power itself. How we use our power is reflective of have truly repentant we are.

Might doesn’t mean right. It doesn’t to God and it shouldn’t to us! Men, who, on average are stronger than women, must never use their strength over them. The parent must use his/her strength to protect, and never to abuse their child. Law enforcement officers possess the power of a badge and more ammunition than most anyone else. God isn’t anti-cop, just anti-bad-cop! He’s anti-power-monger-cop. All manner of so-called “public servants” must use the power of their office for the common good.

It seems to me that doing justly is, in the minds of many Christians, an extra-credit option to the “legitimate” work of the church—an extracurricular activity for people who have a special calling to it. Since injustice is the abuse of power, the God of justice always sides with the victim against the victimizer, and if we want to stand with him, this is a good place to begin. He defends those with the least physical, economic, and social power and so should we. He doesn’t ask us to feel bad about injustice—but to “act justly!” (Micah 6:8)

The International Justice Mission defines injustice as “what happens when someone uses their power to take from someone else the good things God intended them to have: their life, their liberty, their dignity, or the fruit of their love or their labor.”

“Here now is the man who did not make God his stronghold but trusted in his great wealth and grew strong by destroying others!” Psalm 52:7

Lady Justice holds both a sword that represents her power and a scale that speaks of the fairness of justice. She also wears over her eyes a blindfold, which signifies her objectivity in the way she executes justice. When the blindfold is missing, the scale tilts toward the strong, and the sword is raised against the weak. Genuinely repentant people must, as John did, speak truth to power.

With consciences informed by the Word of God and lifestyles conformed to will of God we are qualified and commissioned to speak the truth to the powers that be. Tavis Smiley said, “Speaking truth to power means comforting the afflicted, and afflicting the comfortable.” Of course, there’s a price to be paid for such truth speaking and justice doing. John went on to rebuke Herod for his adultery and lost his head for it! But as Martin Luther King said, “Society’s punishments are small compared to the wounds we inflict on our soul when we look the other way.”

It’s not so much that power itself corrupts, but fear of losing power. What we’re seeing in our culture today is rampant and unremitting fear of losing our power over those who don’t act, believe, or look like us. We’re afraid of losing our national status as a superpower and economic giant. We’re running scared of being invaded by Muslims, immigrants, terrorists, and worst of all, Americans from the other party!

Fear not, my brothers and sisters. Fear not! Don’t be so scared of losing your temporal status, your stuff, or your power that you lose your Christ-likeness. Instead, use whatever stuff, status and power you possess to “act justly, love mercy, and walk humbly with God!”

I think what we need most now to counter our fear is love. We might assume that fear’s opposite is courage, but I’m not so sure about that––unless we’re referring to the courage to love. Dr. King advocated love as the primary impetus for doing justice.

If we loved our neighbor as ourselves we would always want to steward whatever power we possess for his or her benefit. Scott A. Bessenecker wrote:

The reason that the meek will inherit the earth is that they are naturally disposed to use power in the way it was designed by God to be used—as a guard for the weak and to preserve the common good—in contrast to those with MONOPOLY™ power, who consolidate wealth and status in a single set of hands at the expense of everyone else. Notice that the beatitude from Matthew 5 does not say that the meek will conquer the earth or take over the earth. They will inherit it. It’s a trust given to them by their Father.

At long last, my book, The Other End of the Dark is available in Kindle format! The print version arrives soon. All profits go to Freedom House.