With the story of Rahab’s “salvation” as a backdrop, let’s now see who does the actual saving and how he does it.

Walls crumbling at the sound of shouts and trumpets? Not bad in the miracle department! Was it the perfectly articulated shouts or the trumpets’ tone that did the trick? I think not.

Remember how God told the Jews to march around the city walls for seven days without saying a word? No speaking for a week! Now that would be a miracle for me! I mean, not a word whispered between marchers, not a shout up to the Jerichoans peering down from their ramparts. What was that all about? My guess is that the Lord was reinforcing the point, “Put me first, do what I tell you, rest your mouths for the moment, and let me do the rest!”

There was yet another wonder worth noting. Rahab’s house was built into city wall. My guess is that would have eased her clients’ undetected exit from her establishment! But the question is, when the wall fell, how did her house not fall with it? She and her family held up in the house when everything around them came down. So how did that work? Though I’ve heard a number of theories, I really couldn’t say for sure exactly how it happened. All I know is that it bore the obvious mark of the miraculous.

My point is that the saving thing that God does is light years above our pay grade. When he rescues anyone from sin it’s a miracle! Depending on our ability to “save” people is a fool’s errand. We have zero talent for it. We live in God’s story and we tell his story, but he’s the one who pulls people into the narrative. He’s been at work in people way before we met them, sets up the timing for us to share our lives with them, and when it’s time to actually do the “born-again-ing,” he does all that too!

I might mention another indicator of how the Spirit was busy wooing all Jericho-ans that week.

Imagine how unnerving it must have been for the citizens of Jericho looking down from their impenetrable ramparts at all those Jews marching around their city in silence, trumpeting worship songs! Could it be that God was giving them (including Rahab and her family) something to think about while he delayed his judgment? He “doesn’t want anyone to perish, but to come to the knowledge of salvation,”  so maybe, in this unnerving way, he was giving them an opportunity to consider their destiny and call out for salvation.

Back to Rahab, as I indicated previously, she was so primed to seek their God that she approached the scouts with her proposal of rescue. Since the stories about God had reached her town well before the people of God arrived, they didn’t have to sell her on the idea. She was convinced before they even showed up at her door that trouble was coming. The two men had a pretty easy “evangelistic” encounter.

I want to be clear that our efforts to introduce people to our Friend, Jesus, will not always be this effortless. Though there are many times when people we share our lives with are ready to embrace him, usually it’s the other way around. Most people, repeated enticements of the Spirit notwithstanding, are not interested in handing over the reins of their lives to someone they can’t even see. But if we’re not willing to be rebuffed much of the time how will we ever reach reachable Rahabs? Since we can’t predict people’s readiness to receive the truth, we might as well risk it and give the Spirit something to work with.

No, it doesn’t always happen quite so easily as in Rahab’s case, but we should give our story a little more credit and the song of the Spirit a little more opportunity to find its way into their consciousness.

We show up with the simple message of a miraculous rescue from falling walls and he does the heavy lifting. Only the Savior can do the saving!

Jesus saves by any means necessary. He’s sure used a lot of “means” to save me! I wrote a bit about it in The Other End of the Dark. You might find it helpful to you or to someone you care about. 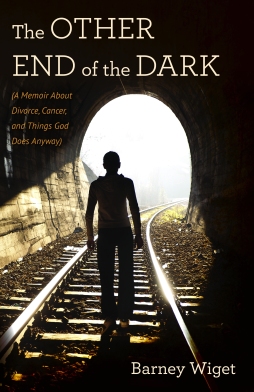 One Reply to “It Takes a Savior To Save!”