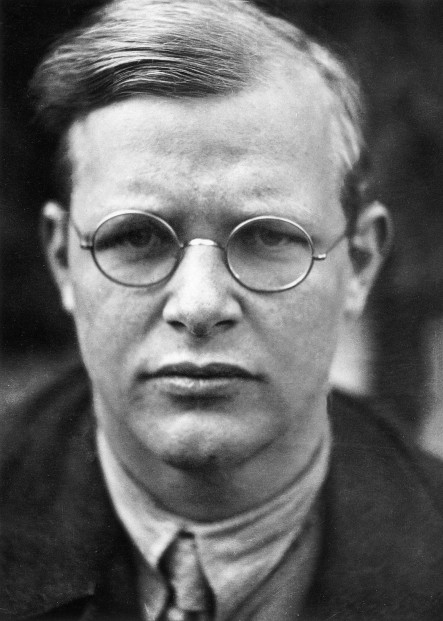 Most Christians consider pastor, theologian, activist, and martyr, Dietrich Bonhoeffer, to have been a great man. He spent two years in prison for joining the plot to assassinate the Führer and was executed by the Nazi regime at the Flossenbürg concentration camp on April 9, 1945, just two weeks before the United States liberated the camp.

His resolute conviction was that…

“Silence in the face of evil is itself evil: God will not hold us guiltless. Not to speak is to speak. Not to act is to act.”

In 1934 a group of German church leaders saw the disaster brewing and developed the “Theological Declaration of Barmen” to warn Christians to withstand the challenges of the Nazi party and the theological accommodations that the German Church accepted from the regime. In the declaration they rebuked the so-called “German Christians,” a popular movement that saw no conflict between Christianity and the ideals of Hitler’s National Socialism.

By playing on people’s fear of communism and Bolshevism, Hitler took power over Germany. He abolished democratic processes, outlawed all political parties except his own, and began a systematic extermination of Jews and all other people he considered less than human. And he did it all with the support of church leaders!

Most Germans blindly took the union of Christianity, nationalism, and militarism for granted. Many patriotic sentiments engendered by the Nazis were equated with Christian truth. They extolled the “racially pure” nation and the rule of Hitler as God’s will for the German people.

Can you imagine? Christians colluding with a demagogue!

Some of them resisted, albeit a day late and a dollar short. A mere one hundred thirty-nine determined church leaders, who opposed Hitler’s Germany, met May 29, 1934 to concoct a declaration that made an appeal to the Evangelical churches of Germany to stand firm against the accommodation to the administration’s evil. They developed “The Theological Declaration of Barmen,” which contained six propositions, exposing and rejecting the heresies in the German Church. They proclaimed obedience to Jesus Christ as God’s one and only Source of order, ministry, and relation to the state.

In its introduction they said:

Seems like a no-brainer, right? Get back to the Bible for direction in moral matters, both personal as well as public! Think through Scripture instead of through culture. Pledge no allegiance to anyone or anything that conflicts with God’s will. Good rule of thumb!

Later in the document they wrote:

We reject the false doctrine, as though the church were permitted to abandon the form of its message and order to its own pleasure or to changes in prevailing ideological and political convictions.

Right? Bonhoeffer and his cohorts objected to a Church co-opted by a corrupt state and called them back to the Bible.

God’s will and Word come first. Our way of life, our philosophical presuppositions, and yes, even our politics have to be formed and informed by eternal truth. When our own “pleasure or prevailing ideological and political convictions” conflict with God’s truth, they must be abandoned. “What would Jesus do?” is still our first question.

Regrettably, only about 10% of those who identified as Christians signed it. Whether they feared government reprisal or they genuinely believed that Nazism was good for the country and okay with God, they refused to swim against the current.

I’m ABSOLUTELY NOT suggesting that a straight line could be drawn between our nation’s present administration and the Nazi regime. Our President is no Hitler and his policies are not technically “fascist.” It’s the fear-mongering, vitriolic rhetoric, and nationalistic posturing that concerns me.

Nevertheless, a much greater concern of mine is our divided Church, neutered by our half-hearted devotion to Jesus and charmed by prosperity and a party platform rather than by God’s rule of life spelled out in Scripture. Of course, we’ll never all completely agree on how to interpret the specifics of the Book and exactly how to live it out in our corrupt culture, but we can do better than this!

Going with the flow of cherry-picked ideas from Internet trolls is not going to make for a better Church or a better world. Let’s go back to God and his love letter, and ask the Spirit, “How should we then live?”

Bonhoeffer wrote to his own generation and to ours:

“Christendom adjusts itself far too easily to the worship of power… We must finally stop appealing to theology to justify our reserved silence about what the state is doing—for that is nothing but fear. ‘Open your mouth for the one who is voiceless’—for who in the church today still remembers that that is the least of the Bible’s demands in times such as these?”

A few things to ponder:

I’m probably asking for trouble, but, yes, I’d love to hear what you think.