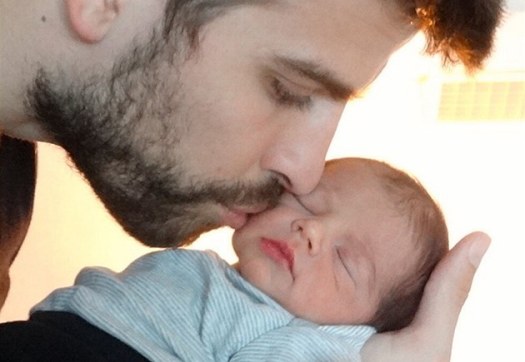 Faithless is he that says farewell when the road darkens. J.R.R. Tolkien

How great is the love that the Father has lavished on us that we should be called the children of God and that is what we are. 1 John 3:1

*I’m over sixty now, and I’ve always had plenty of hair—a good foot and a half of it in the 1970s. Barbers often commented, “Wow, what a bush!” I think one actually charged me extra because of it. Well, that’s not really the case these days. The bush has fallen over dead! Chemo killed it. They say it grows back and that sometimes it reappears different than it was before. When I was being marinated with cancer-killing chemicals I said that if it comes back blond I’m gonna start surfing. It didn’t and I didn’t.

Instead of a gradual receding of my hairline over decades of aging, I lost all my hair—right down to my eyebrows and eyelashes—overnight. You just don’t look right without eyebrows––sort of extraterrestrial. The top of my head looked like a clear-cut forest. Though disconcerting, my new look wasn’t a complete shock to me. Among all the other unpleasant side effects of chemotherapy—chemo-brain, nausea, debilitating fatigue—the premature loss of my hair seemed trifling. Some people look better bald—but I wasn’t one of them.

My oncologist told me that chemo poisons bad cells, which is what you want it to do. Yet at the same time, it exterminates a bunch of good cells, ones that you’d prefer, if possible, to keep (like hair-producing ones). Chemo is not discriminating in that way. It just assassinates everything that gets in its way, preferably without killing you at the same time.

So when you see your hair falling out in clumps, you could choose to celebrate it as an indicator that the chemicals, like assassins are hitting their targets, so chalk up the loss of mane as collateral damage. I didn’t need a blood test or an x-ray to tell me that cells––the good, the bad, and the ugly ones––were being gunned down by the new sheriff in town. The evildoers were being brought to justice and getting what they deserved. Unfortunately, the sheriff shoots with a scattergun, which kills more than bad guys. Nevertheless, when I felt, to put it mildly, bad, it boosted my morale to know that something good was happening at the same time.

As a bonus, the assault on my hair-producing cells uncovered a pleasant surprise on my noggin—a birthmark I didn’t know I had. After all, I’d never seen my scalp before. As long as I can remember, it’s been covered with hair––once black, then grey. I guess I was bald as a baby, but I don’t remember and wasn’t accustomed to looking in the mirror until about Junior High.

Upon careful inspection, my friend Mark said the birthmark looked like Africa; Dan said, Brazil; and my daughter in law, Tori, said it resembled a heart. I decided to go with the heart, claiming that God kissed me when I was entering this sometimes-heartless world! I never got enough of kissing my babies on the top of the head, and when I can get away with it, I still like to do it. I liked to think that God stood there in the delivery room, awaiting his opportunity to gently and affectionately brand me on the crown of my head as one belonging to him with a kiss.

His benevolent trademark exists in some way on everyone who comes into his world. He wants everyone to have a good beginning. Sometimes we just have to be ravaged by one form of suffering or another in order to see his logo and appreciate its worth. He kisses everyone, but often his love becomes obscured.

I’ve since grown a new coat of hair, and the heart-mark is once again concealed. But when I begin to doubt my place in his heart I look at the pictures of my hairless head and remember that I’m indelibly marked as his beloved.

*This is an excerpt from my memoir, The Other End of the Dark, which, even if I do say so myself, would make nice Christmas gifts for some friends (or foes, as the case may be). The proceeds go to Freedom House, so you’d be killing two birds with one stone.

Keep your eyes peeled for my next book, called Reaching Rahab: Joining God in His Quest for Friends. This one’s about sharing Christ with the people he loves. It won’t be ready for Christmas, so begin making plans for New Year’s gifts!