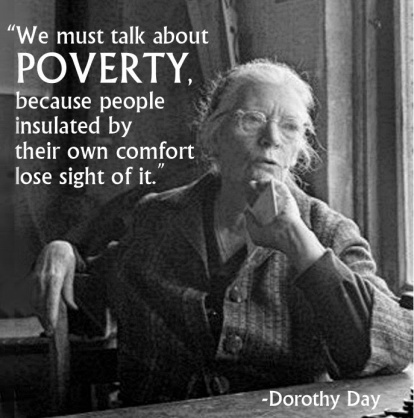 Is John MacArthur Right About Social Justice? (Part 2 of 6)

As much respect as I have for John MacArthur and his ministry I’m posting a series of my own to counter his theses that social justice is not biblical, that anyone who pushes against injustice in a whiner, and that the only way to preach the gospel is to begin by rubbing people’s noses in their sin.

It’s true that no one recruited me as “Theology Police Commissioner,” but I can’t in good conscience stand by and watch Mr. Mac shred this crucial topic. Justice is no ancillary theme in Scripture. This isn’t about how many angels can dance on the head of a pin. It’s central to following Jesus.

This is no polemic against MacArthur as a brother and Bible scholar. It’s not him, but his teaching on this subject that I can’t help but present what I think is a more biblical and Christ-reflecting way. I have no need to pad my ego by arguing with such a famous preacher, but I feel compelled to say something, because I feel his views on this topic are toxic to the evangelical community. My motive is to provide an alternative view that I believe is healthier and more biblical, to say nothing of being more Christ-like in tone.

In Part 1 I pushed back on Mr. Mac’s false equivalence between biblical social justice and secular socialism. Let me build on that a little here.

I love Dorothy Day’s response to those who accused her of being a communist since she served and stood up for the poor: “Because the communists are for it doesn’t mean we have to be against it.” All truth, in other words, is God’s truth, wherever it might be found. Though at most points the teachings of socialism and Scripture are mutually exclusive, there are some places in which they overlap.

Those, like Brother Mac, who eschew the social implications of the gospel in favor of activities more “spiritual,” might heed Father John Bettuolucci’s warning: “Prayer and evangelism without social action leads to pietistic withdrawal from the realities of the human condition and an escape from social problems rather than a confrontation and challenge to change.”

Martin Luther King Jr. wrote from his Birmingham jail cell, “I have heard so many ministers say, ‘Those [civil rights] are social issues with which the Gospel has no real concern’. . . If the Church of today does not recapture the sacrificial spirit of the early Church, it will lose its authentic ring, forfeit the loyalty of millions, and be dismissed as an irrelevant social club with no meaning for the twentieth century.” I lament the fulfillment of this prophecy in the twenty-first century Church.

Let’s be clear, it’s the will and power of God working through his willing subjects, and not human effort (socialism), that gives us any hope of realizing a better society. The Kingdom does not come by human ingenuity and effort, but will not come without it. “The establishment of a community of righteousness in mankind,” wrote Walter Rauschenbusch, “is just as much a saving act of God as the salvation of an individual from his natural selfishness and moral inability.”

In my opinion, Brother Mac exclusively preaches––and preaches hard­––the concept of retributive justice and has all but entirely omitted the notion of distributive justice. He teaches that a just God is consistent in retribution and neglects, at least in this series, to show how God is also compassionate in distribution.

Here’s a fraction of the references that clearly refer to the distributive aspect of the God’s justice and how he requires it of us:

The clarity of these passages notwithstanding, Mac completely vaults over the compassionate aspect of God’s justice. He devotes thousands of words to prove that God justly punishes sinners but fails to teach that the same God, in the interest of justice, rescues the oppressed.

“Our charge is to both proclaim and embody the gospel so that others can see, hear, and feel God’s love in tangible ways,” wrote Richard Stearns, “It’s not either / or but both. We do justice and preach grace. It’s ministry by word and deed in harmony with each other.”

I understand Mac’s point that doing justice is not a prerequisite to being born again, but I believe that the “gospel” message includes both what Jesus saves us from (sin in all its forms, personal and social) and what he saves us to (personal and public righteousness).

Sometimes we preachers call people out for the sinful behaviors common to our audience, hoping that they will turn from them and turn to Jesus. When I preach on the street in San Francisco’s Tenderloin I typically cite not only their personal sins like substance abuse, but the “social” sins that typically go with them––thievery, violence, exploitation of the weaker. I’m praying that they’ll let go of these and come to Jesus to replace these behaviors (both private and public) with generosity, peacemaking, and the sort. Jesus sets us free from immorality––both personal and social. And he saves us to better morals––both personal and social.

In this series Brother Mac cites from passages from all over the book of Ezekiel, but I noticed a number of other verses curiously absent wherein the prophet directly addresses social justice.

Most shocking is the prophet’s description of the “sin of Sodom.” It wasn’t their sexual perversity that was in the forefront of God’s mind, but their proud, overstuffed, apathy toward the suffering of others!

“Justice,” says John Perkins, “is what love looks like in public.” Jesus boiled it down to two things: Love God and love people.

“The true gospel involves a turning to neighbor in love as well (as to God). The two are inseparable. Any robust conception of the gospel must take into account Jesus’s teaching about loving God and neighbor.” Tim Suttle

I have more to say on this, but I’d love to hear from you. Whether you agree or disagree with me, please weigh in to add or subtract something from my thesis.

Next time we’ll talk about the “Full Gospel.”

3 Replies to “Doing Justice to Justice”