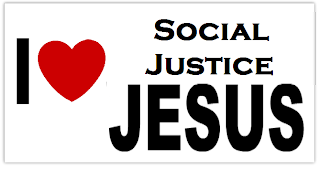 Is John MacArthur Right About Social Justice? (Part 3 of 6)

“The story of the fall from the book of Genesis tells of relational damage in four directions: between the self and God, the self and the self, the self and other people, and the self and the created order. The gospel story must address and restore all of these fractures for it to be good news. However, the gospel among evangelicals typically addresses only the fracture of the God-human relationship. The other three parts of the picture are seldom recognized as a vital part of Christ’s work on the cross.” Tim Suttle

Before reading on. Slowly read that again. Does it square with your view of both the Word and the world?

My response to the question I’m asking above about John MacArthur is “No, in my opinion, Brother Mac is not right about “social justice.”

While you might be a big fan of John MacArthur and his teaching I hope you’ll give me a hearing. Like I said in Parts One and Two, I’m not attacking him personally or suggesting he’s not a man of God. It’s just that I feel so strongly about biblical social justice that I couldn’t let Mr. Mac’s teaching on the subject go unchecked.

At the same time he bemoans the growing trend of the social justice emphasis in evangelicalism, I bemoan his mistaken notion of what biblical social justice is and its essential place in evangelicalism. Without a critical thinking socially conscious Church I predict a continued waning of our influence among coming generations. Even the unbelieving community seems to care about the world that we currently inhabit and they wonder why the faith community doesn’t seem to hold similar convictions. If our faith doesn’t make any difference in this world it doesn’t reflect the inheritance Jesus died to bequeath us and has no allure to this rightfully skeptical generation.

What in heaven’s name we’re doing on earth anyway? What are we asking for when we pray, “Your kingdom come, your will be done on earth as it is in heaven”? Isn’t this a request for heaven’s life to be duplicated on earth through a transformed humanity, both in our personal and social lives? Don’t you think that God calls us to “save souls” AND to partner with him to create a society that more closely reflects Jesus’s kingdom?

While Brother Mac bifurcates the two: gospel preaching and social justice, I would more agree with Tim Keller, also a theologian of considerable renown: “Conservative churches tend to concentrate on one set of sins, while liberal ones concentrate on another set. Jesus, like the Old Testament prophets, does not see two categories of morality.”

Should Christians do evangelism or social justice? Yes! Mac suggests that for some people, “doing justice” is a substitute for preaching the gospel. I agree with him that this is an injustice to justice. It’s not an either-or prospect. “Word” AND “deed” have to be seamlessly integrated in our kingdom efforts. Racial reconciliation and a just distribution of power and wealth go hand-in-hand with sharing the soul-saving merit of the cross.

In the same breath, God prohibits both “personal” sins, such as bowing down to graven images or having sex with an animal and things we might call “social” trespasses such as moving a neighbor’s land boundary marker or perverting the justice due to the stranger, the widow, or the orphan (Deut. 27:11–26).

Isaiah warned against idol worship (Isa. 2:8) and the injustice of grinding the poor into the ground (Isa. 3:14– 15). Amos thundered against both sexual immorality and the trafficking of the poor (Amos 2:6–7). Malachi indicted the people for divorcing their wives and for those who pay unjust wages to hired workers (Mal. 2:14–16; 3:5). James, rebuked his readers for “personal” issues, such as the use of the tongue (James 3:1–12) and for “social” matters, like not paying their field workers (James 5:1–6). He said those who possess “pure and undefiled religion” remain “unspotted from the world” and care for widows and orphans in their distress (James 1:27). It’s never either/or. It’s always both!

Southern slave owners argued that slavery was a “political” issue that ought not distract the Church from its mission of evangelism and discipleship. Southern preachers would call sinners to repentance for fornicating and gambling but not for slaveholding or lynching. I would argue that social justice is an indispensable part both our evangelizing and our disciple-making. Otherwise we don’t experience or preach the “full gospel.”

“Where there is sin,” says Russell Moore (President of the Ethics & Religious Liberty Commission, the public-policy arm of the Southern Baptist Convention), “no matter the form, the gospel speaks a word. This requires a ‘both/and’ approach from the Church, recognizing both vertical and horizontal aspects of our sin, both the personal and social.”

All those who sin sexually and those who abuse the poor, those who rip apart marriages and those who mistreat the sojourner, widow, or orphan need the same salvation that saves them from a just judgment.

A Christian brother in Hong Kong brought an unbelieving textile worker to church in hopes that he would come to Jesus. The laborer admitted afterward that the preacher had nailed him for his sins: laziness, a bad temper, and drinking too much. The brother surmised that his friend had received Jesus when the man indicated his disappointment that the preacher said nothing about the sins of his boss who employs child laborers, stiffs his employees of their wages, refuses to give them legally required holidays, and forces them to work many hours of overtime without compensating them for it. The church that day was full of CEOs and high-level management, and the preacher, for whatever reason didn’t call out their sins along with those of the laboring class.

The sad thing is the man rejected the gospel of that church for its half-finished message. He didn’t hear a “full gospel” that day.

It’s not a “full gospel” unless it improves the world. Or as Donald Kraybill puts it, “Any gospel without feet isn’t the gospel.”

Next time I’ll speak to what Mr. MacArthur calls this new “victim class” of obfuscators and whiners.

In the meantime, I’d love to hear a few of your thoughts…