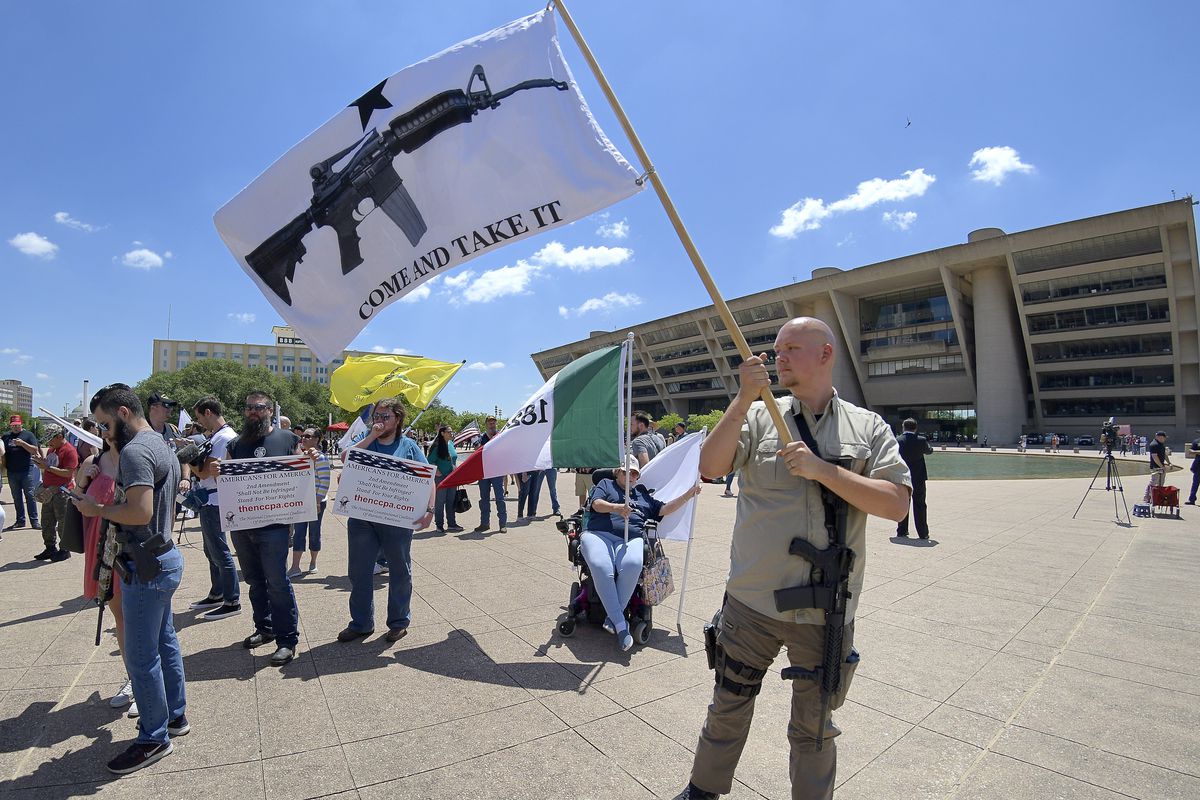 I was fasting the news this weekend in order to take a break from all the insanity in the world when inadvertently I heard about yet another mass shooting with an assault type rifle. I made an exception and broke the fast for this one story and decided I’d brave the flak I’ll certainly get for bringing this up yet again.

Seven more dead and along with twenty-two others who were injured, 17-month-old Anderson Davis was hit by shrapnel in her chest. She now has a hole in her bottom lip and tongue and her front teeth were knocked out. She survived.

I don’t care if you think I’m playing on your emotions, because if this doesn’t break your heart, nothing will! I have two granddaughters, who if this happened to them, I don’t know how my heart would survive it. Would I go out and get an assault rifle as a means of protection from other assault rifle owners? Not in a million years.

Our Founding Fathers gave us the right to bear arms in a time of muskets, in order to protect ourselves against a runaway government. They did not foresee a time when the U.S. government would sport the largest and gnarliest military in history or when one person could kill dozens of people in the span of seconds thanks to toxic ideas and an assault weapon. It does not have to be this way.

Yes, we do need to keep guns out of the hands of the mentally ill and most dangerous citizens. Yes, we need much, much better background checks. And we need high capacity magazines off the market as well. But these particular weapons, the assault-type rifles, have to go.

For those of you programmed to react to this kind of talk with the trope, “Hide your guns. They’re coming for them!” switch to another station. I’m only advocating that AR’s be banned, not your hunting rifle or your target-practicing pistol.

I have much respect for the well over 200 Christian leaders who crafted and signed the “Advent Declaration on Gun Violence,” in which they they state, among many other biblically based, clear headed things: “We call on our governments to implement the comprehensive prohibition of civilian ownership of assault-type guns.”

Since Americans own more guns per capita than residents of any other country by a factor of well over twice as many as second place Yemenis, it seems we could afford to give up a few, at least this category of them used for assaulting mass amounts of American citizens.

Will banning AR’s keep all mass shootings from happening? Of course not, but it’s a beginning. We gotta start somewhere, right? In my opinion banning these murder machines that can kill a lot of people in a short amount of time is a great place to begin! They had no place in the hands of citizens to begin with.

If you have one and love shooting it at the range or hunting with it, I’m truly sorry, but it’s time to find another gun for your hobby, and dare I say, possibly even another hobby altogether. I had a 22, a Winchester 30-30, and a 410 shotgun as a kid. They were fun until I gave them up to pursue other pastimes.

To be honest, it wasn’t really the guns themselves, but my college bills that inspired their sale. The guns, my albums, and a few baseball cards were pretty much all I had at the time to sell. I got over my gun fetish in the same way I got motorcycles and marijuana out of my system. I’m not bummed about it though. Now I have granddaughters, a few books that I’ve been able to lug from place to place, and a guitar that my church gave me back in 1986. What else could a man need?

There are certain people who shouldn’t be able to own or use a gun and there are certain guns that, in my opinion, no one should own. Is that not logical, or is the NRA too much in your head––as in the case of the Texas Governor who passed legislation the very day after this shooting to loosen gun laws. You read it right––“loosen” the laws for gun owners.

Years ago they banned cigarette companies from advertising on TV or radio for the sake of young people and public health in general. Though some of you are too young to remember it but there was once the manly Marlboro man who became an icon of past. Yet, now Remington claim it’s an AR-15 that will make a “man” of you and they say it with impunity in any media they choose! So we’re saying that it’s not OK to promote cancer sticks that can only kill you (second hand smoke notwithstanding) but it’s OK to advertise and sell AR-15s that can snuff out the lives of a lot more people in one fell swoop, all in the name of proving you’re a real man?

This is not a list of all the U.S. mass shootings since 2012. These are just the ones where assault rifles where used:

I realize, by posting this I’m painting a huge target on my back (pun definitely intended), but please feel free to chime in. Whether you agree with me or not please be sure to read what I have actually said and not what you assume.