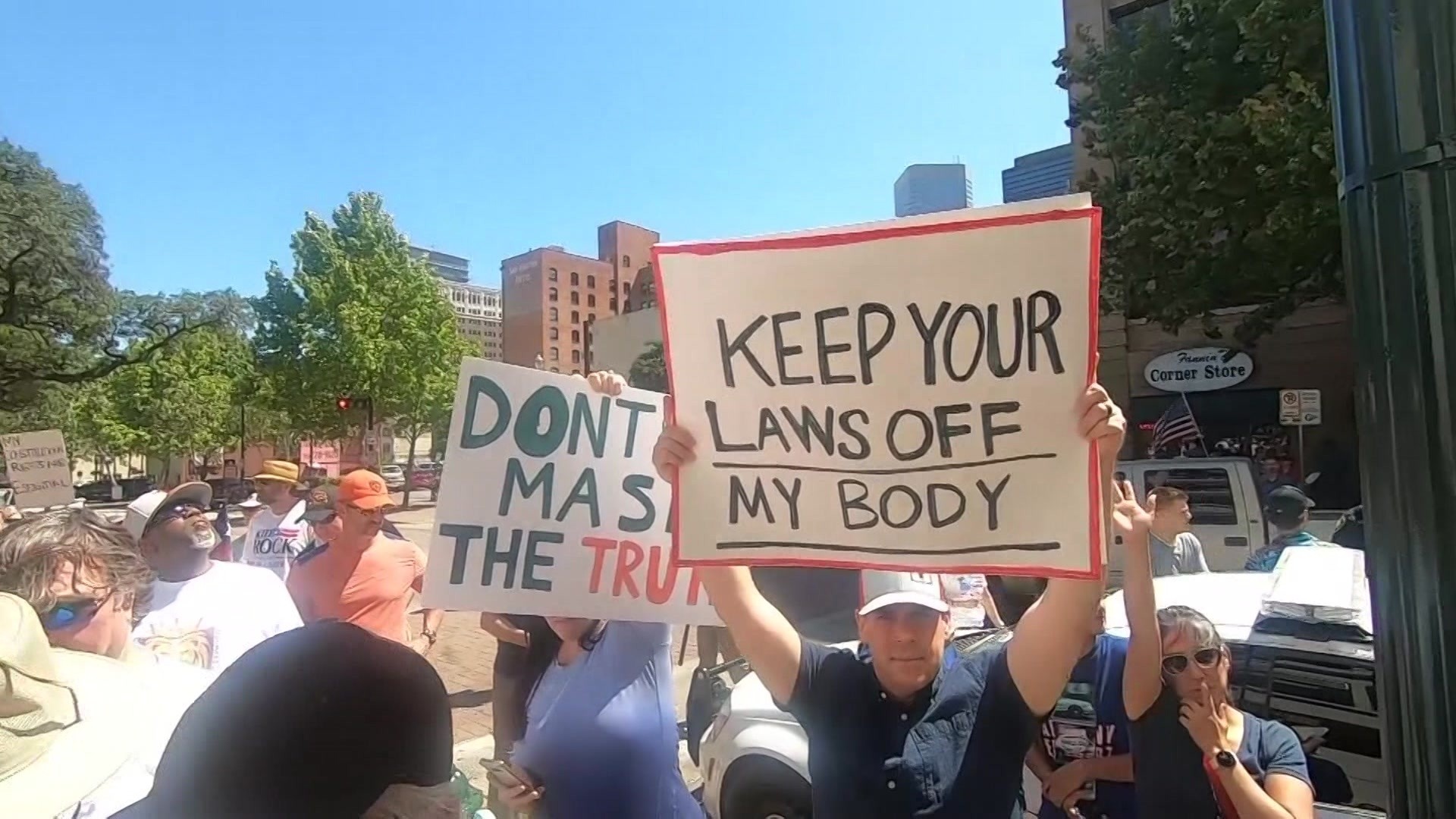 “We are all created in the image and likeness of God. That image is seen the most by our face. I will not wear a mask! . . . When we think of image, do we think of a chest or our legs or our arms? We think of their face. I don’t want to cover people’s faces.” (Ohio State Representative Nino Vitale)

That’s one of the dumbest things I’ve heard said during this pandemic! And there is a long list of dumb things that have been said.

Is this esteemed elected official claiming that the “face” is what constitutes the “image of God” in humans? So, covering it with a mask for the common good of the community somehow obscures the divine image? I’d say his image is quite well reflected in the selfless act of loving our neighbors enough to protect them from a sickness that we might not realize we are carrying. I seem to remember something Jesus said about loving our neighbors as much as we love ourselves.

Boy do I hate it when people quote the Bible to back up their crazy mixed-up notions! It’s especially odious when people with power and a podium hijack the Scripture’s beautiful truths for their own self-serving political or financial purpose. Worse yet when gullible people eat it up like Deep Fried Mac’n Cheese balls. (That’s really a thing.)

BTW, if God’s face looks like a person’s face, which person does he look like? There are a lot of faces out there and quite a range of beautiful / handsome to not so much.

Some would say (not me) that there are those for whom a mask improves their appearance. I could see dating sites popping up with photos of hopeful daters wearing designer masks in place of the typical photo-shopped, decade-old, 30 lbs lighter portrait. I doubt it’ll catch on, but it’s worth a try. 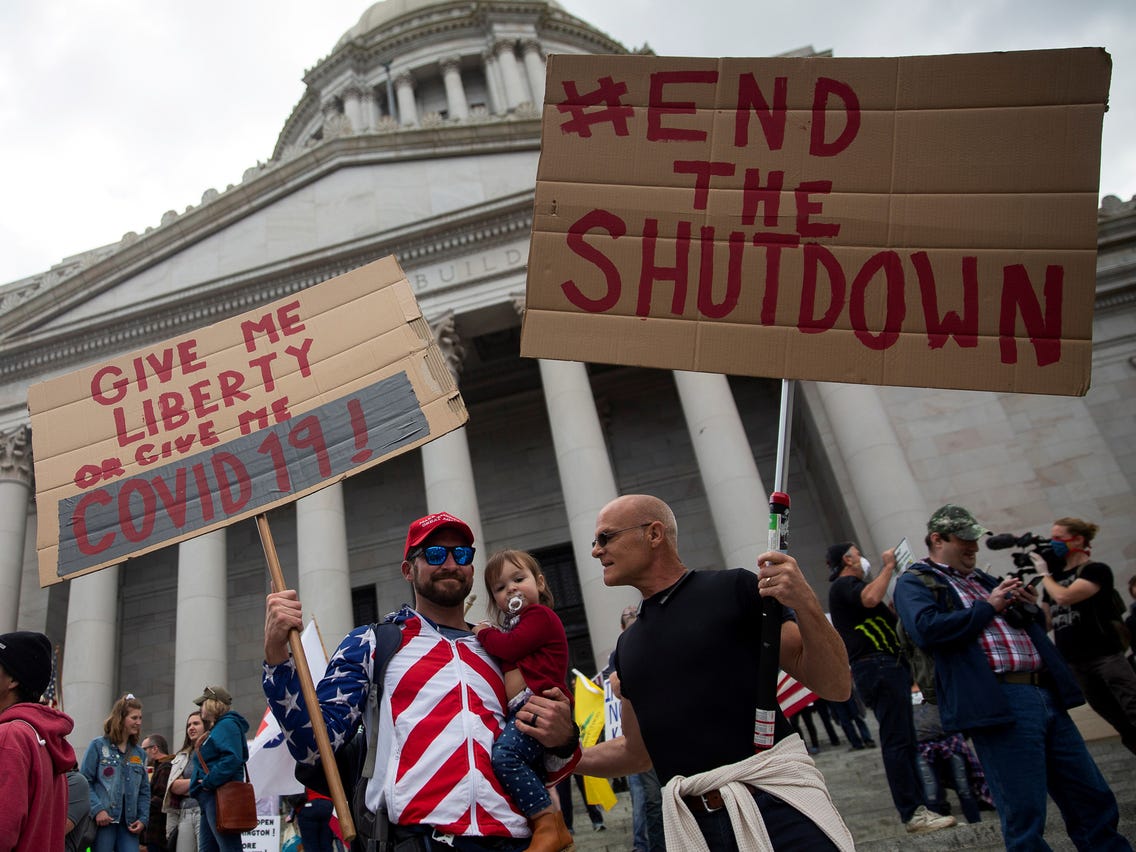 I was talking with a Christian sister the other day; I was masked and she was not. She told me that she considered wearing a mask, “weak faith.” Since no snappy comeback came to mind, rather than debate the issue, which is hard enough to do through a mask, I cut the conversation short and made for home.

I make no claim to mountain-sized faith, but to me it’s not as much about faith as it is about wisdom for one’s own health and consideration for others. The latter is especially true since they say that masks are more about keeping others safe than ourselves.

One conservative columnist said of mask requirements: “In an authoritarian society. In a communist, dictatorial, tyrannical kind of country. (My note: Wow, is that a redundant list of pejoratives or what?) But this is America.” So, Americans are free to get one another sick?

FOX News’ Laura Ingraham took it a step further saying that requiring masks in stores is an elitist plot to impose “suppression of free thought”! Well, she’s certainly free to think up such an inane conspiracy theory. But really? With so many social ills to fix you’d think she could come up with something more important to rant over than the imposition of mask wearing. 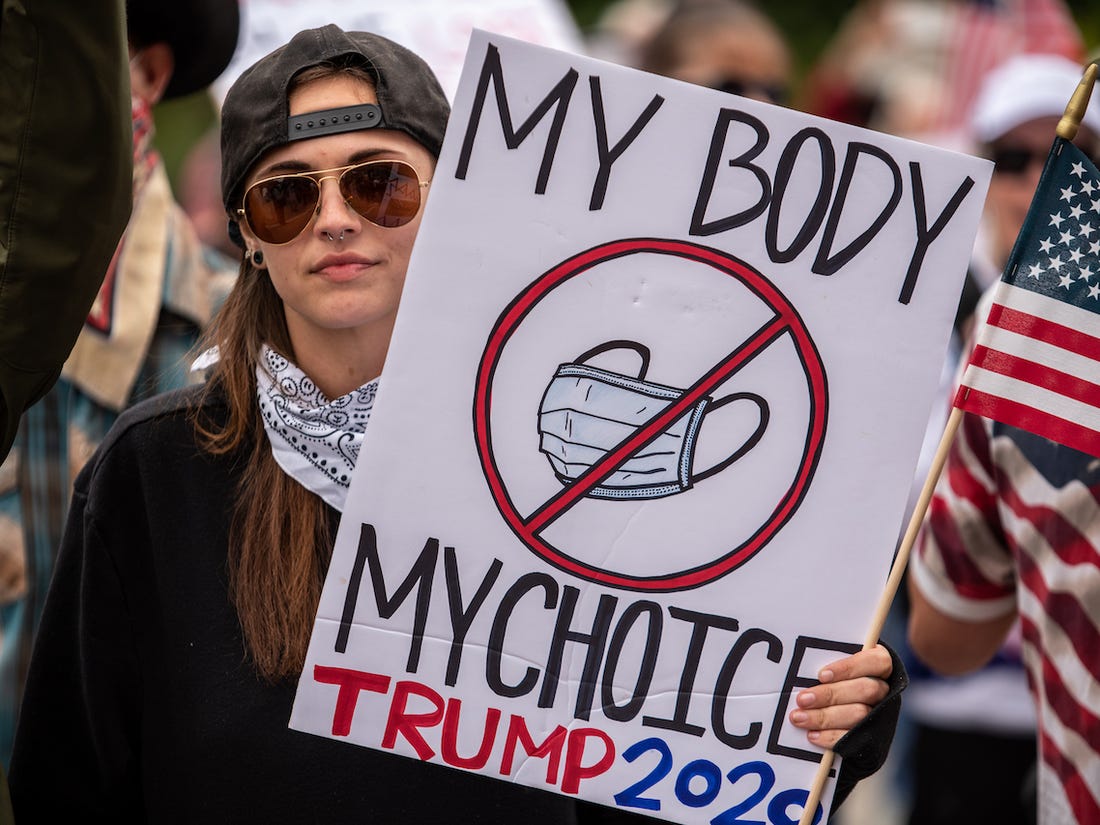 And what’s the deal with those who show up to a mask-less “freedom from tyranny” protest with their semi-automatic rifles strapped to their shoulders? What are they gonna do, shoot the first cop that demands they mask up? They call themselves “American patriots.” Remember, we’re fighting a war with COVID-19. I just wonder whose side they’re fighting on when they refuse to wear a mask in public.

And speaking of weapons, did you hear that a Dollar Store security guard in Michigan was shot when denying a customer’s entrance into the store because she didn’t have a mask on? The shooter went home, got a gun and shot the guard! Come on, people, it’s a mask, not handcuffs or a straitjacket! Trevor Noah said, “Forget a vaccine. Scientists just need to start working on a chill pill!”

Speaking of Trevor Noah, he tweeted: “Many Americans refuse to wear a mask because it makes it harder to breathe. But you know what else can make it difficult to breathe? The Coronavirus.”

Therefore, those who care so much about honoring the “image of God” in one another should mask up or stay out of our collective “faces” for the duration of the crisis!