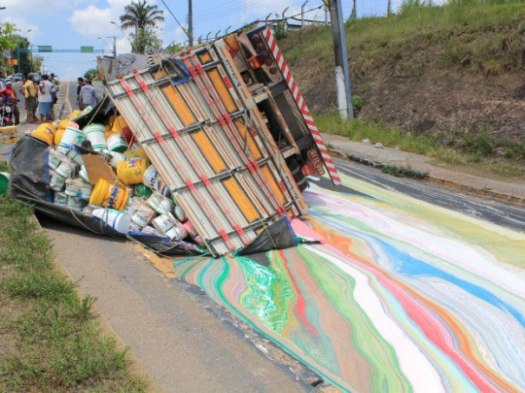 The story of Rahab’s rescue from the destruction of Jericho has been the basis for our discussion of how God prepares people for hearing the good news by installing a supernatural wonder in their hearts. Let’s turn our attention now to the “witnesses” commissioned to share that news with her.

I’m not saying that Joshua’s two scouts had any intention of making Canaanite converts that day. They were on a mission, but not necessarily one to win souls. Of course, it was no accident from heaven’s vantage point, but on their part their saving influence on Rahab appears to have been purely serendipitous.

My sense is that they were more surprised by Rahab’s pre-faith, than she was by their visit! It’s not like they were out “witnessing” or expecting to do any outreach on the trip. Joshua’s instructions were to “Go, look over the land,”* not go door to door with tracts inviting people to church. Yet, by God’s design, their reconnaissance operation morphed into a saving encounter with an openhearted prostitute.

That’s the way it works sometimes. Our flight plan and the Spirit’s are altogether different. Problem is, changing course from our plan in order to get on course with his plan isn’t always as easy as it sounds. Inconveniences aside, what could be more important than being on time and in the right place for a divinely scheduled appointment?

Ephesians 2:10 is a favorite verse of mine: “We are created in Christ to do good works which God prepared in advance for us to do.” I like to think of these so-called “good works” that God pre-plans as “Eternally Ordained Opportunities” (E.O.O.’s for short). In eternity past God providentially planned these works for us to do and then gives us the opportunity to do them in the present.

Joshua’s scouts were out doing recon of the land when, by divine appointment, they ran into a Spirit-prepared pre-christian. What might’ve seemed accidental to them was actually one of the Lord’s E.O.O.s. He had already scanned the landscape, found a spiritually hungry heart in Rahab, and then supernaturally directed his unsuspecting “evangelists” to her door.

Most of my E.O.O.s with Rahabs are purely accidental on my part. There are times when I’m actually aware of some prompting by the Spirit to go to such and such a person and say such and such a thing, but mostly I just try to live responsibly before God and trust that he’ll orchestrate the unexpected. There’s no taking credit for being spiritual or strategic. I was just out “looking over the land,” when he placed me in front of someone with a spacious spirit.

This takes a lot of the anxiety from searching out good works to do. When God puts treasure under your feet, the best thing to do is start digging!

You might have noticed that Rahab initiated the conversation about her salvation! The scouts merely responded to her plea. That’s not how it always goes but sometimes people are so spiritually ready that our job is to simply follow the path that the Spirit has carved out. That’s what it means to be prepared to “give an answer to everyone who asks you for the hope that you have” (1 Peter 3:15).

Rahabs of all types reside or recreate or work in our spheres of influence. They may not, at first glance, look like the “sort of persons” who seem likely to ever follow Jesus, but that’s the adventure of joining God in his quest for friends!

How could we ever know about someone’s spiritual inclination if we aren’t willing to look past their exterior and delve into what’s beneath? Like the scouts, we’re on a treasure hunt for the least likelies, looking beyond their off-putting exterior and tuning into the deep treasure within.

“The purposes of a person’s heart are deep waters, but a person of understanding draws them out.” Proverbs 20:5

There is a depth to each person with whom we come into contact. They may not yet perceive it, but they’ve got something deep inside them––someone to be, some task to accomplish, something to contribute to our world. It’s up to us to help them discover their submerged treasure and use it for the glory of God and the good of people.

Though we’re all susceptible to living shallow lives, essentially we are beings capable of living immeasurably lives of worth. Most people have lost hope for meaning and need to be provoked to believe that they’re not merely what they appear to be on the outside. They may live primarily from––and for––their exterior, unaware that they possess an inner part, let alone how to tap into it. Yet each person contains as much sunken treasure as everyone else. They may have never peered below their own surface, but it’s there. They have sunken treasure to be brought up from the depths.

For most, the treasure is covered by years, even generations, of the silt and sand of neglect. The gold is obscured and appears as a nondescript bump on the ocean floor. It’s up to us to work alongside the Spirit to provoke them to discover the true worth of their deeper part and bring it to the surface.

Rahab encounters are nothing short of miraculous. That God put the scouts in the home of such a serious seeker (possibly the only one in the city) should inspire us to trust him for the same sort of recurring miracle in our interaction with Rahabs in our own spheres of influence. We should be constantly on the lookout for people to whom the Spirit has been singing his love song. We then eavesdrop on the music, however faint it might be, and join in the serenade.

Got all your Christmas shopping done? Stupid question, right? Give a book. It’s the gift that keeps on giving. How about a book that benefits trafficking survivors? Win – win! I’ve got just the one. The author and I are on the same name basis.