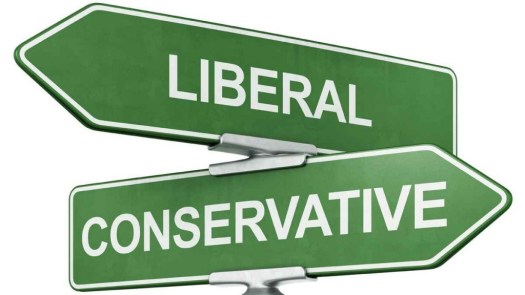 Someone asked me recently if I was a “liberal” or “conservative”?

Labels are like bed bugs. The infestation begins with just two––a mommy and a daddy bug––and they multiply.  Labels like liberal and conservative are simply way too broad to describe the person who tries to think and act as a distinct human being.

There’s a video going around social media called, “The Unsilent Minority” wherein the young narrator claims repeatedly that though he used to be a card-carrying liberal, based on a number of ideas and actions of those he claims are liberals, he no longer ascribes to the groupthink of the liberal agenda. He incinerates the straw men and women “liberals” who hold outlandish agendas. His former crowd are members of the extreme end of what many label as liberalism, the ones who go to conservative rallies with hate signs, body armor, and baseball bats. He’s not really making an argument against liberals as much against hyper-liberals (Antifa).

I’d be willing to bet it wouldn’t take much effort to locate a similarly produced video for why someone abandoned the ranks of the conservatism. “Those conservatives think this and do that… I hereby renounce my membership in the club…” It’s the same tactic employed by the other side who abhor the extremes of conservatism.

This is one of the reasons I avoid labeling myself and others. I’m neither a liberal nor conservative. Sure, I hold to convictions that may be identified with both and reject particular ideals of both. I’m neither a Republican nor a Democrat.

READ ALSO: “The Libel of Labels”

With all the wacked ideas and hateful actions of those who claim membership in Club “Christian” I even hesitate these days identifying as a member. I’ve been following, loving, and serving Jesus for forty-six years. He’s more to me than anything or anyone, and though I used to be able to use the “Christian” label without reservation, because of all the wackiness in our ranks, it doesn’t seem to fit like it used to. If I have to own a moniker, I’d prefer to be called a “Jesus Follower.”

Anyway, back to war between liberals and conservatives: I’m neither. I admit to ascribing to ideas––ideas that I consider to be biblical––that require of me ideas that would make some would write me off as a “liberal.” If I say that I’m for a more compassionate approach to the immigration issue I’m automatically categorized, stamped, and shelved before they hear any explanations.

It goes both ways. When I say I’m against abortion, often those with a “liberal” bent dismiss me as a hate-mongering, misogynistic, conservative without giving me a chance to explain the whys and wherefores of my thinking. Fake news outlets come from both sides of the political isle.

Those in love with every tenet of Republicanism, Democratism, conservatism, or liberalism are most likely not doing a lot of thinking for themselves. They’re suckers of groupthink. I appeal to you who follow Jesus to practice the kind of critical thinking that doesn’t succumb to slapping labels on themselves or others. You don’t like it when it when people call you names so don’t do it to others.

One reason for our bile-rich sociopolitical environment these days is our penchant––no, our love––of labels. Life is too nuanced for any human, creatively constructed by the Creator, to fit tidily into a prefab, hard-and-fast classification. Independent thought withers with the birth and nurture of labels. They’re a shortcut that won’t lead us to a better place spiritually or socially. Only sincere love can do that.

Brothers and sisters, let’s think for ourselves and think the best of others.

Love must be sincere. Hate what is evil; cling to what is good. Be devoted to one another in love. Honor one another above yourselves. Romans 12:9-10