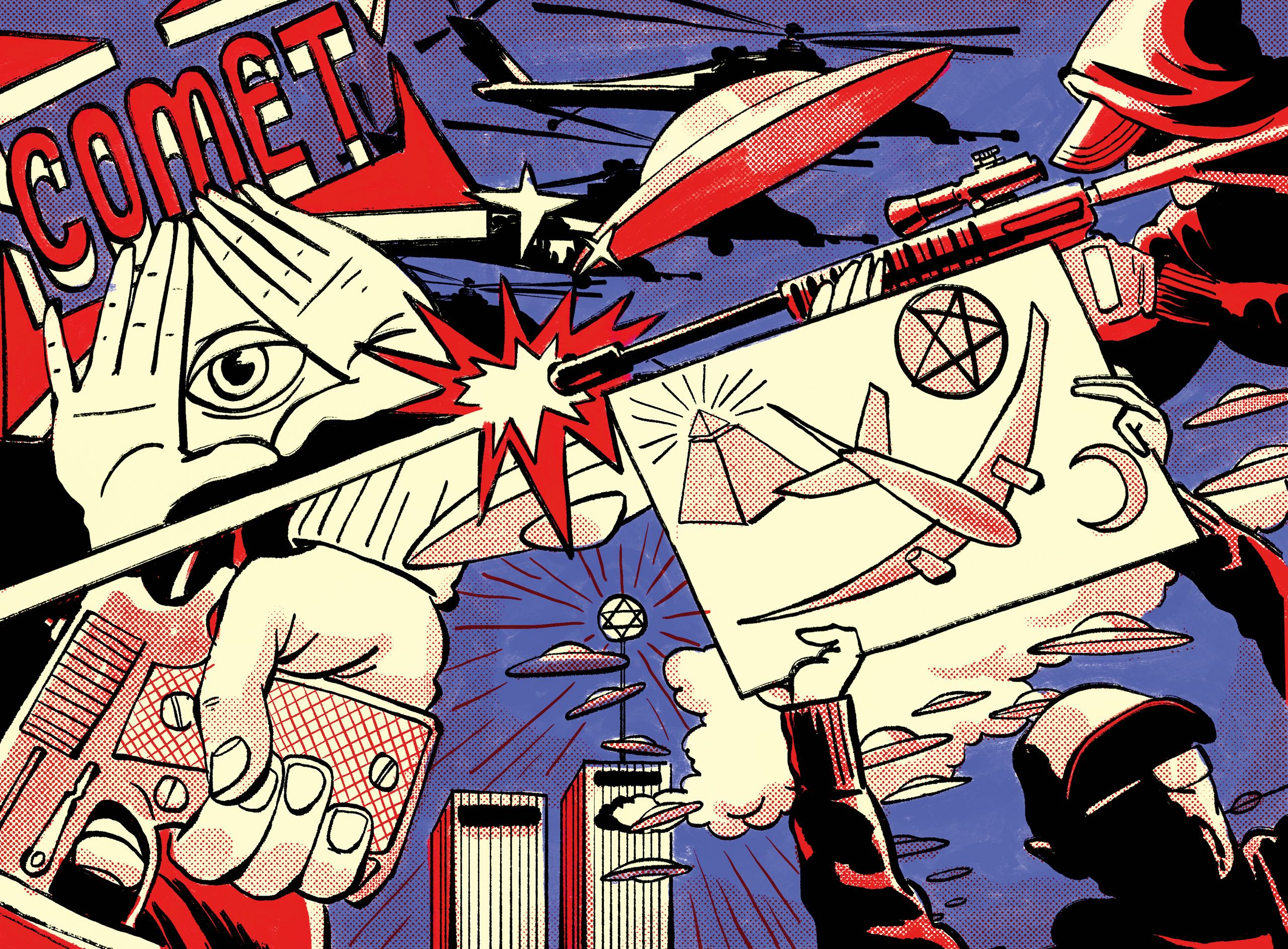 “Don’t call everything a conspiracy, like they do, and don’t live in dread of what frightens them.” (Isaiah 8:12 – NLT)

Have you heard? Paul McCartney is dead, Elvis isn’t, and Stevie Wonder can see after all? Scientists at “Area 51” do alien surgeries, the moonwalk is a hoax, and Michelle Obama is a lesbian! The holocaust was made up and Jimmy Hoffa is buried beneath Giants Stadium in New Jersey. Must I go on?

While these, with the exception of the one about Elvis, are pretty harmless, others can be quite destructive. One individual particularly notorious for either starting or assisting trainloads of toxic balderdashes is the duly elected occupant of the Oval Office. (Before anyone rushes to his defense with: “Every politician throws out a conspiracy from time to time,” the operative phrase there would be, “from time to time,” unlike our Conspiracist-in-Chief’s continuous flow of fabricated fantasies.)

Not wanting to overwhelm the reader, I offer but a tiny first installment of his large collection of creepy political fairytales. Others appear in the following post or two:

FYI, I don’t believe that the perpetrator of these ego-assisting and politically motivated fringe fables actually believes most of them himself. He––and he’s not alone in this––has ulterior motives to spread these salacious stories. He and his most avid fans put the “con” in conspiracy!

How do conspiracies get started?

Here is an epic example of how a conspiracy theory begins. Early on in the Coronavirus pandemic, on FOX News and the president of Liberty University, Jerry Falwell Jr. said that the media (that is the media other than FOX of course) were overreacting. “It makes you wonder if there’s a political reason for that. … Impeachment didn’t work. And the Mueller Report didn’t work. And Article 25 didn’t work, so maybe now this is their next — their next attempt to get Trump.”

Okay, so the virus is made up by the Democrats! As ridiculous as that is, check out what he said next:

“I had the owner of a restaurant ask me last night, he said do you remember the North Korean leader promised a Christmas present? For America. Back in December. Could it be they got together with China and this is that present? I don’t know, but it really is something strange going on.” So, if it’s not the socialistic liberals here in this county it might well be the socialistic Koreans and Chinese!

So, some guy that owns a restaurant in Virginia speculates that the virus could be some sort of biological weapon released by foreign powers, and despite having zero evidence that it is anything more than a ridiculous conspiracy theory, Falwell thought it was a good idea to repeat it on national TV! Though he didn’t actually say it was true, he knows that millions of unwary Americans hang on his every word, so when he says, “Hmm, I wonder if such and such is true,” a Walmart warehouse-full of them will wonder too. What he did is the equivalent of yelling “Bomb!” in a crowded airport. It’s irresponsible and dangerous.

This is how conspiracies start. Some restaurant owner says something way above his own pay grade to an ideologue who loves using wacky theories to push his politically motivated ideology and who happens to have a very big microphone, and we’re off to the races!

(You’ve probably heard that, given his “conviction” that the virus was nothing but a made up crisis Mr. Falwell refused to close down the university’s in person classes, a decision that 4000 students petitioned to be changed. Though he walked that back a bit later, they were out of step with all the other universities in the country as well as with the community where Liberty is located.)

Sadly, another producer of industrial grade unsubstantiated deductions are the pulpits of some of our proud American churches. Megachurch pastor Rodney Howard-Browne for instance, a regular font of fables, claims that the CIA trains ISIS fighters in the United States, that vaccines are part of a secret plot to sterilize people, and that there was a secret assassination attempt on President Trump. He has also promoted wild theories about the coronavirus and was the first pastor to be arrested for holding Sunday services while refusing to comply with the rule to avoid gatherings of more than ten people.

And then of course you have your television news outlets and radio shock jocks that are more loyal to their party line than to the truth, and anyone with a keyboard or a microphone with an agenda. Alex Jones, for example, whose absurdities are well documented and often repeated by the person occupying our country’s highest office. Here are a few of his choice hoaxes.

In the next few posts we’ll talk about what the Bible says about conspiracies, why they appeal to so many people, and the desperate need for discernment and sound thinking in the Church. Lastly, I’ll make a plea to those who are in love with their favorite conspiracy theories to “break up” with them before they wed them.

7 Replies to “If You Hear Footsteps, Assume It’s Horses, Not Zebras (Trouble With Conspiracies)”