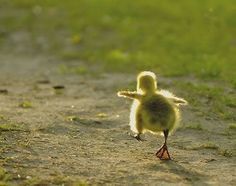 “GOD spoke strongly to me… ‘Don’t be like this people, always afraid somebody is plotting against them. Don’t fear what they fear. Don’t take on their worries. If you’re going to worry, worry about The Holy.’” (Isaiah 8:12 – The Message Bible)

In my last post on conspiracy theories I began talking about where they begin?

I regret to report that instead of being immune to conspiracy theories, Christians are often the most vulnerable to them. Remember before Jesus even went back to heaven the disciples spread the rumor, based on their slapdash hearing of Jesus’ words about John the Beloved? They concocted a story that John was never going to die (John 21:23)! A first, but unfortunately not the last Christian-generated conspiracies.

There are a number of other examples of conspiratorial lies identified in Scripture:

I find it particularly disturbing that many who identify as Christ followers these days seem to be unaffected by the truth decay instigated by pervasive political bunk wrapped in spiritual language. Their willingness to rationalize the behavior of preachers, pundits, and politicians is a mystery to me especially after they’re caught in lie upon lie. Of all people, shouldn’t we who claim to follow the One who identifies himself as “The Truth” be first in line to tell the truth about lies? Shouldn’t we be less susceptible to post-truth religion and politics, and the moral danger that tears into the fabric of our culture? Shouldn’t we be those least likely to buy what the conspiracy merchants are selling?

Moses was hip to the human inclination toward potentially dangerous conspiracies and offered this advice:

If you hear it said about one of the towns the LORD your God is giving you to live in that troublemakers have arisen among you and have led the people of their town astray, saying, “Let us go and worship other gods” (gods you have not known), then you must inquire, probe and investigate it thoroughly. (Deuteronomy 13:12-14)

“If it appears on your Twitter feed or your Facebook page, or you hear it on a podcast, view it on Fox or CNN or MSNBC, or read it in a blog (except for Barney’s); before receiving, retweeting, or repeating it, confirm it with an actual reputable source or two or three or ten.” (Wiget’s Free Translation)

“Inquire, probe, and investigate it thoroughly.” i.e., Get the facts!

Yes, Virginia, facts are still a thing! And sometimes the actual facts have to be sussed out of the morass of false narratives.

And for God’s sake, don’t pass the latest and greatest “alternative facts” on as fact until you have the actual facts! “Even fools are thought wise, if they keep silent, and discerning and hold their tongues,” muses wise Solomon (Proverbs 17:28). In other words, think before gobbling up and gabbing on about what you don’t actually know to be true.

I fear that a lot of Christians have succumbed to “Twitter-sized thinking.” They can’t seem to think in terms of larger than bite-sized memes. Having lost the art of critical thinking they are, in many cases, what we might call lazy thinkers. Someone said, “The lazy mind is fertile soil for bogus ideas to take root.”

Why is this true of many believers today? Maybe they reason that since they were made for another world they don’t have to invest any effort into this one? Could it be that they’re afraid to think too deeply about the world in which they live lest they lose their spiritual bearings, as though God and his Word aren’t able to stand up to honest examination?

I fear that some people have never thought much about thinking at all. Maybe thinking is too hard for them. Maybe it gives them a headache. Tolstoy said, “People have a tendency to stop thinking when it becomes difficult, but it is at that point that thinking becomes fruitful.”

There’s also the impatience factor. Because it’s so difficult to wade through the ocean of information at our fingertips these days, many don’t take the time to carefully read someone’s argument before rushing to rebuttal on social media.

Job asked his rumormonger friends: “Is it not the task of the ear to discriminate between [wise and unwise] words, just as the mouth distinguishes [between desirable and undesirable] food?” (Job 12:11)

When you’re offered some untested morsel, before wolfing it down, if you’re smart you’ll take a small bite first. You’ll give it a taste test. If it seems worthy of consumption, you chew it and swallow. If it’s not, you fake a cough and spit it out into your napkin. (I’ve had some experience along these lines in restaurants and at peoples’ houses.) Before gobbling up every bite of news, we should apply the same strategy. Take a tiny bite first to see if it is edible; i.e., use a little discernment.

Lazy thinkers are suckers for an alternate universe built on its very own “alternative facts.” The more outlandish the data the better. Even though we’re entitled to our own opinion, we’re not entitled to our own facts. Fear-mongering claims fill the media like sewage, and undiscerning Christians swallow it up. (Yuck! Sorry about the image.)

Brothers and sisters, I urge you to be literate in both cultural and spiritual realities. If you’ll read the news discerningly and your Bibles deeply you’ll be better equipped to tell the difference between the real and the made up.

Next time we’ll talk about why conspiracies have such an appeal and the role of discernment in avoiding them.