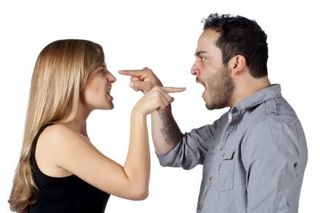 “Our Religion Can Beat Up Your Religion!” isn’t the best header for your church sign.

Argumentative mode usually does more harm than good. We might just be derailing them rather than putting them on the right track that leads to Jesus. Plus, just when we think we’ve locked the argument down with our bullet-point logic, someone comes along with more logical points and better debating skills. That’s a lose-lose.

“If evangelism by frontal-assault works,” suggests Jim Henderson, “then let’s all start carrying large signs that say, ‘You are lost. You are bad! Ask me for help!’” We’re not “God’s Gestapo” or witnesses for the prosecution, hired by God to bust everyone for their sin.