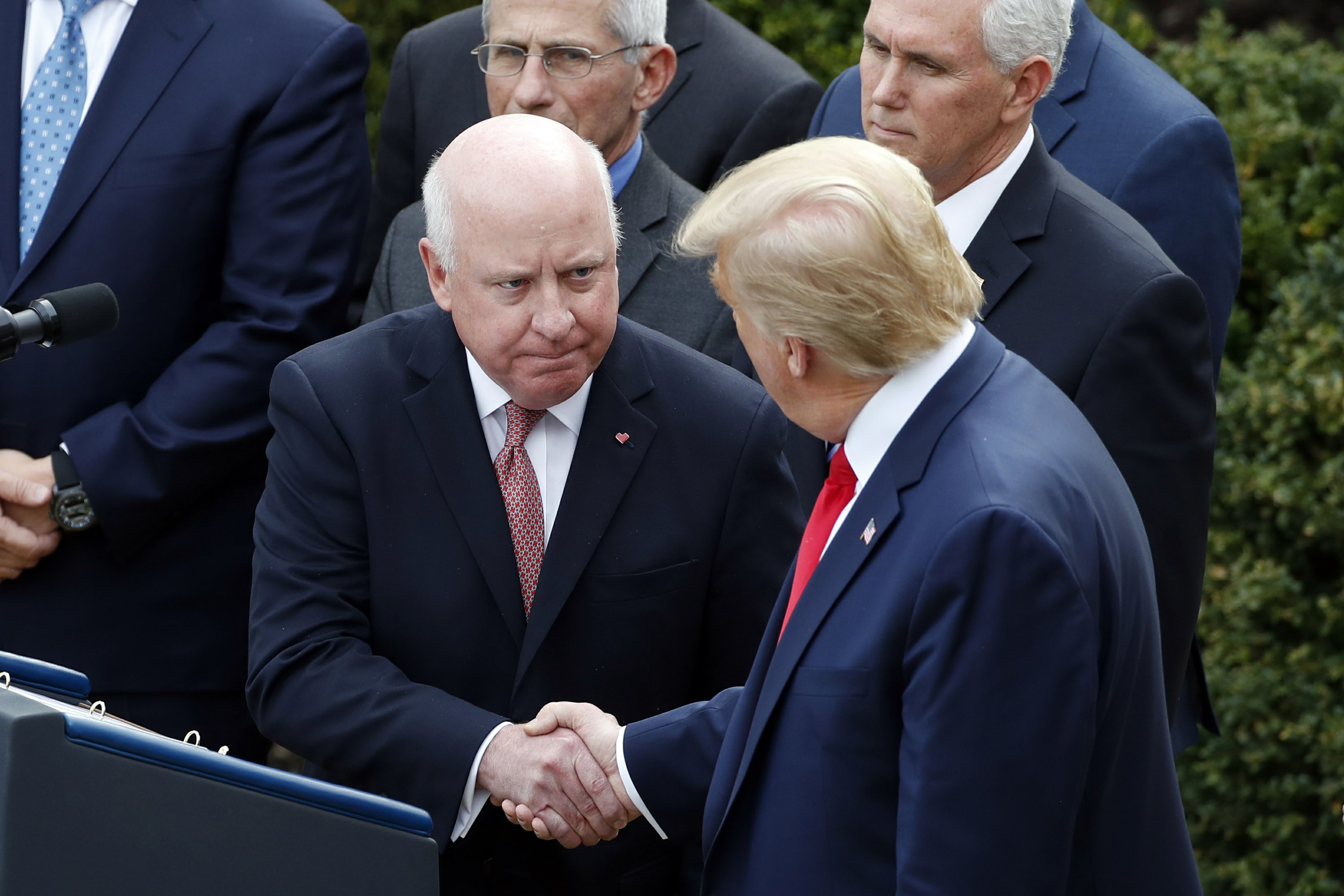 In case you’ve forgotten the inconsistency of the president’s claims regarding the danger of the Coronavirus, the following is a compilation of his own words complete with links to the times and places he said said them. (I’m indebted to the work of another who put the quotes and links together.)

“The coronavirus is very much under control in the USA. We have it totally under control. I’m not concerned at all. It’s one person coming in from China. We pretty much shut it down. It will all work out well. We’re in great shape. Doesn’t spread widely at all in the United States because of the early actions that myself and my administration took. There’s a chance it won’t spread. It’s something that we have tremendous control over.”

“Looks like by April, you know, in theory, when it gets a little warmer, it miraculously goes away. One day it’s like a miracle, it will disappear. Just stay calm. It will go away. The Democrats are politicizing the coronavirus. This is their new hoax.”

“Whatever happens, we’re totally prepared. Totally ready. We’re rated number one for being prepared. We are so prepared like we never have been prepared. Taking early intense action, we have seen dramatically fewer cases of the virus in the United States. We’re very much ahead of everything.”

This is a flu. I didn’t know people died from the flu. Here, we’re talking about a much smaller range. It is very mild. Some people will have this at a very light level. Some of them go to work.

“The mortality rate is much, much better. In my opinion it’s way, way down. I think it’s substantially below 1 percent. A fraction of 1 percent. I think the numbers are going to get progressively better as we go along. This is just my hunch.”

“We have very little problem in this country. We only have five people. We only have 11 cases. Out of billions of people, 15 people. They’re getting better, and soon they’re all going to be better, hopefully. We’re going very substantially down, not up.”

“The United States, because of what I did and what the administration did with China, we have 32 deaths at this point. To this point, and because we have had a very strong border policy, we have had 40 deaths. As of this moment, we have 50 deaths. I have a feeling that a lot of the numbers that are being said in some areas are just bigger than they’re going to be.”

“Frankly, the testing has been going very smooth. The tests are all perfect. Anybody that wants a test can get a test. The tests are beautiful. We have a tremendous testing setup.”

“I don’t believe you need 40,000 or 30,000 ventilators. We are very close to a vaccine. A matter of months. You take a solid flu vaccine, you don’t think that could have an impact? Hydroxychloroquine and azithromycin, taken together, have a real chance to be one of the biggest game changers in the history of medicine. Based on very strong evidence.”

“I would love to have the country opened up and just raring to go by Easter. No way I’m going to cancel the convention. Stock Market starting to look very good to me!”

“We’re the ones that gave the great response. I’d rate it a 10. We’ve done a fantastic job. I think they should be appreciative. Gallup just gave us the highest rating. The highest on record.”

“I like this stuff. I really get it. Maybe I have a natural ability. We think it’s going to have a very good ending. We’re going to win faster than people think. I hope.”

“This blindsided the world! Who could have ever predicted a thing like this? This was something that nobody has ever thought could happen to this country.”

“It was nobody’s fault. No, just things that happened. I don’t take responsibility at all.”

“You will have to give an account for every careless word you utter.” (Matthew 12:36)

To those who give him a mulligan for not knowing all the facts in an unfolding situation I say that he didn’t have to make up his own “alternative facts.” As the facts were unfolding he could’ve repeated what his experts were telling him, things like: “The facts aren’t all in yet, but we’re monitoring this very closely. In the meantime, it is advisable for you to…” As you can see from his very words, that’s not even close to what he did and in some cases continues to do.

The crisis isn’t his fault but, by fiddling while America burns, he and his apple-polishing media fans bear some responsibility for increasing its severity.